Cardi B may not share pics of Kulture, but she sure loves talking about her daughter! The rapper opened up about motherhood and how her little one keeps her smiling through ‘so many beefs.’ Take a look!

Cardi B, 26, was named PEOPLE EN ESPAÑOL‘s 2018 Star of the Year, but talked even more about her daughter than she did her successful career. The rapper has only been a mom for three months, but she’s clearly so in love with Kulture. In fact, she said her time as a mom has been her “proudest and happiest” achievement, adding that her little one is keeps her sane during all the drama. “When you’re famous, so many things are being thrown at you: so many gossips, so many problems, so many beefs, so much money, so much of everything, it just kind of drives you crazy,” she told the outlet. “And then when I see my daughter, it’s like a piece of mind. ‘Ahh, I do this because of you.’ It cracks a smile on the most stressful days.”

And it’s looking like Cardi is going to need a lot of that peace of mind with the way her Nicki Minaj, 35, feud is shaping up. As if their alleged brawl at the Harper’s Bazaar ICONS party wasn’t enough during New York Fashion Week, these two were right back at each other’s throats on Oct. 29. Nicki challenged Cardi to a lie detector test so they could reveal what really happened that night, as well as a rap-writing battle. While Cardi responded with a rant, it wasn’t clear whether she was going to take the bait or not. Nicki, though, seemed over the whole situation — but who knows? “Let’s focus on positive things only from here on out,” she tweeted. “We’re all so blessed. I know this stuff is entertaining & funny to a lot of people but I won’t be discussing this nonsense anymore.”

Whatever happens between these two, that’s a lot of beef for anyone to handle, let alone a new mom — but Cardi has it covered. She spends a ton of time with her daughter, with help from her mom, sister and other family members. “I don’t want to miss nothing from my baby,” she said. “I read that babies forget people so quick. I don’t want her to forget me. I don’t want her thinking that somebody else is her mom. I want her to love me as her mom. I want to be the one that when she cries, I’m the one that stops her from crying.” It’s no wonder she pulled out of her planned tour with Bruno Mars, 33, two months before it kicked off. 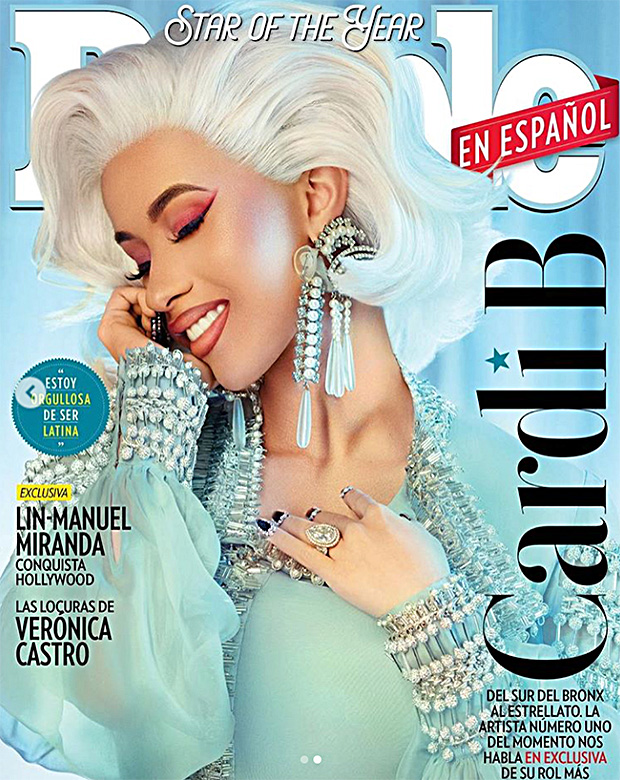 With such an amazing experience her first time around, is Cardi ready to have another? While she didn’t exactly open up about her baby plans with her husband Offset, 26, she did admit, “I definitely wanna have more kids.” Yes — that;s what we like to hear!