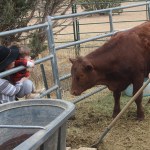 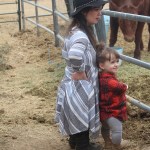 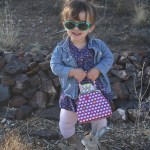 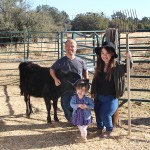 Elizabeth is going through quite the breakup when 7 Little Johnstons season 4 premieres. Her parents reveal that there have been changes in her relationship. “A couple weeks ago I received a text from James saying he would like to end… basically us ending. This was due to his decision and it’s a…” Elizabeth says in our EXCLUSIVE preview before tearing up. She admits that started officially dating James when she turned 16, so they dated for about 2 years. However, her parents think they only dated for about four months!

To deal with the breakup, Elizabeth has been spending some of her time painting. She wants to “get my mind off of things.” Breakups are never easy, and everyone copes with them in their own way!

Also during season 4, Trent and Amber move the brood to a new house and are excited to start making memories, but they soon discover that their new home isn’t as perfect as it looks on the outside. The other Johnston kids continue to have new experiences of their own as Jonah graduates from high school and begins dating; Anna takes on more responsibilities at home; Emma starts cheerleading and Alex begins vlogging. Meanwhile,Trent and Amber celebrate their 20th anniversary and consider risking everything for the dream of starting their own family business. 7 Little Johnstons season 4 premieres Oct. 30 at 8 p.m. on TLC.