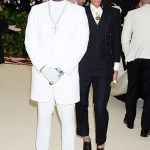 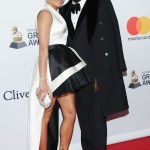 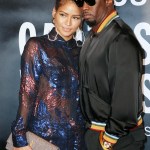 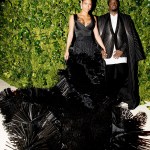 Even though Diddy told Cassie he’d love her forever on Instagram, Wendy Williams still thinks his girlfriend of 11 years should should ‘move on.’ Here’s what she had to say to Cassie.

Wendy Williams, 54, is weighing in on Diddy and Cassie‘s breakup, and her instructions are clear. It’s time for a “clean break!” The talk show host pointed out that the 32-year-old singer never had children with Diddy, which could make this exit easier than most. “There’s nothing better than a clean break when you’re young enough to go on and do your own thing,” she said. “Cassie doesn’t have to deal with any of that baby mama drama and all that mess. She’s 32. She’ll get another.” These comments come after the 48-year-old rapper reached out to his ex on social media, commenting that he’d love her forever and urging anyone who saw Cassie to have her listen to Michael Jackson‘s “Lady of My Life” 100 times — and Wendy had something to say about that, as well!

“I think this is a grand overture from Puffy,” she admitted. “I don’t believe he really wants her back. I think at one point he treated her like a possession, and if he really cared, he’d reach out privately not publicly.” She makes a good point! News of Diddy’s split from his longtime girlfriend came after he was spotted getting cozy with a new woman, 26-year-old model Jocelyn Chew. Since then, Cassie has written, “F**k these h**s,” on her Instagram, implying that their breakup was a messy one. Wendy couldn’t help but wonder if Diddy had cheated, and if that is the case, reaching out on social media really isn’t the right way to go for a reunion.

Wendy may have told Cassie to “move on” with her life, but the jury’s still out on whether she’ll take that advice. If anything, she may make Diddy work hard for her, a source close to Cassie told Hollywoodlife.com EXCLUSIVELY. “If Sean thinks he can just snap his fingers and Cassie will come running, he can think again,” the insider said. “Sure, Cassie still loves him, but he’s messed her around so many times and he’s made her so many shallow promises that she’s not just going to fall straight back into his arms the minute he asks her to.”

Only time will tell with these two, but we’ll keep our eyes peeled for more social media outreach on Diddy’s part.