Despite fighting on Instagram just days ago, Ronnie Ortiz-Magro and Jen Harley hit Miami in coordinating Halloween costumes on Oct. 28. See them as The Joker and Harley Quinn here!

It looks like Ronnie Oritz-Magro and Jen Harley are back on good terms again…for now! The on/off couple hit the club in Miami to celebrate Halloween on Oct. 28, and they dressed in a couples’ costume as The Joker and Harley Quinn from Suicide Squad. Jen posted a photo of the pair in their full ensembles to her Instagram story, which you can see below. This Miami-weekend reunion comes just days after Ronnie and Jen went at each other on Instagram — he posted a photo of his face all bruised up and insinuated that she gave him the black eye, while she accused him of keeping their daughter, Ariana, from her.

Ronnie and Jen’s relationship has been extremely tumultuous since Ariana was born in April. In June, she was even arrested for dragging him on the road with her CAR! Despite all the drama, though, Ronnie has continuously taken Jen back time and time again. Things seemed to be going well since the end of summer, but clearly, it all blew up once again last week. Cops were even called to the scene when Jen showed up to Ronnie’s house to try and get Ariana back from him, according to TMZ.

After the fight, Jen told a fan on Instagram that she would “not speak” to Ronnie again, but he was clearly with her for the trip to Miami. The vacation was a celebration for Jen’s birthday, and before the Halloween night out, Ronnie and Jen were also together on a yacht to celebrate. 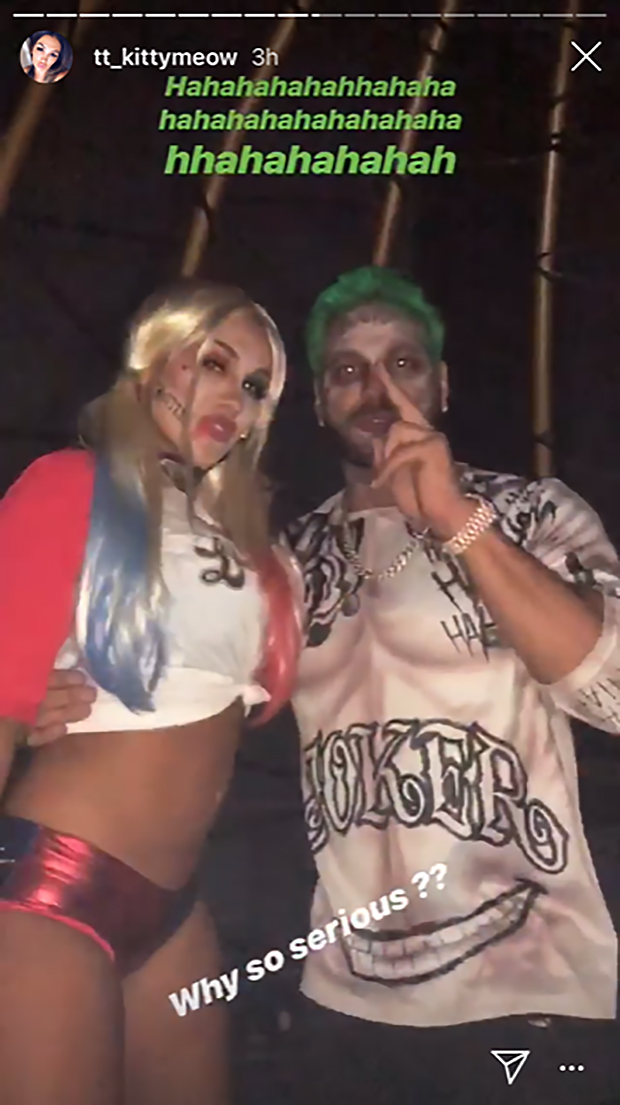 On recent episodes of Jersey Shore, Ronnie and Jen revealed that they were in couples’ therapy and anger management after the car-dragging incident over the summer. It’s unclear if they are still getting professional help for their issues.