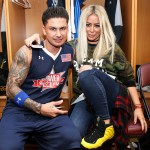 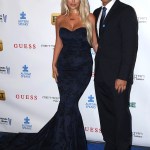 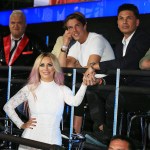 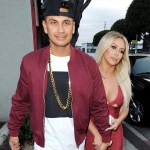 Pauly D seems to have reached his breaking point in his relationship with Aubrey O’Day, as he called her out for being dishonest during the Oct. 26 episode of ‘Marriage Boot Camp’!

Could this be the end for Pauly D and Aubrey O’Day? Their breakup seems to be just around the corner, as they fought yet again during the Oct. 26 episode of Marriage Boot Camp! And it all came down to a “disconnect” Pauly D was feeling. “You don’t want to accept any therapy, you just want to give it,” Pauly D, 38, yelled to Aubrey as they laid in bed together. “I’m doing everything they tell me to do. Everything. I can see a change. I came back.”

And instead of trying to understand where Pauly D’s feelings were coming from, Aubrey hit back, saying, “It doesn’t feel like, ‘god I need to be so thankful that I have a man that, oh yeah, he took off on me again and he humiliated me, but he came back!'” This just angered Pauly D more, so he clapped back, “And I’m supposed to be, ‘I’m so acknowledgeable of this girl. She’s so great. All she does is bash me!'”

Sadly, thing just escalated from there. “At the end of the day, I know how honest I’m being here,” Aubrey said, while trying to defend herself, but Pauly D didn’t see it that way. He replied, “That’s where we have the disconnect. You’re reality is not my reality.” So basically he feels she’s being totally dishonest. And a lack of honesty does not equal a great relationship. Oh yeah, and she also accused him of once telling her to “act right” if she wants a ring from him. So the hits kept coming from each of them!

Meanwhile, the rest of the episode revolved around half the cast being forced to sit in an ice bath while they argued with their partners. It wasn’t a pleasant experience at all, but Kim Richards took it the worst, and she jumped out after 32 minutes. The rest of the cast waited until the 37-minute mark before they exited their tubs.