T.I. and Tiny are having fun in South Africa following the dramatic premiere of their show, ‘Friends and Family Hustle,’ and she posted all about it on social media!

UPDATE: T.I. and Tiny are in South Africa, because the rapper is filming the movie, Monster Hunter with actresses Meagan Good and Milla Jovovich. On Oct. 24 he shared an Instagram photo of the cast in combat gear from the set of the film. He captioned the pic, “Alpha Team on GO!!! Having a kick a** time Hunting Monsters with @millajovovich @meagangood @diegoin #MonsterHunterMovie.”

ORIGINAL: T.I. and Tiny have taken their rekindled love to South Africa! The on-again couple premiered the new season of their show, T.I. & Tiny’s Friends & Family Hustle, on Oct. 22, and now, they’re enjoying some time in Capetown. On Oct. 25, Tiny even posted a video of her hubby bonding with the locals, which she captioned, “Look at this guy.” Clearly, she was loving the view! The pair are joined by some friends on the trip, but we’re sure they’re likely getting in some alone time when they can!

It’s refreshing to see Tip and Tiny in such a good place, especially since things were definitely rocky at the time the Friends & Family Hustle premiere was filmed about four months ago. The episode took place right after T.I. was caught slapping another woman’s butt on-camera, and naturally, Tiny was not happy about it. The two were living separately at the time, and working on their relationship. By the end of the episode, though, Tiny said she was determined to stand by her man and said she was confident that their upcoming eighth wedding anniversary was going to be a “new beginning” for them.

We’ll have to see if the good vibes continue as the season goes on, but things definitely seem to be going well for the longtime lovers in recent weeks. Tiny was there to support Tip when he performed at the BET Hip-Hop Awards earlier this month, AND she went all-out for his birthday, as well. 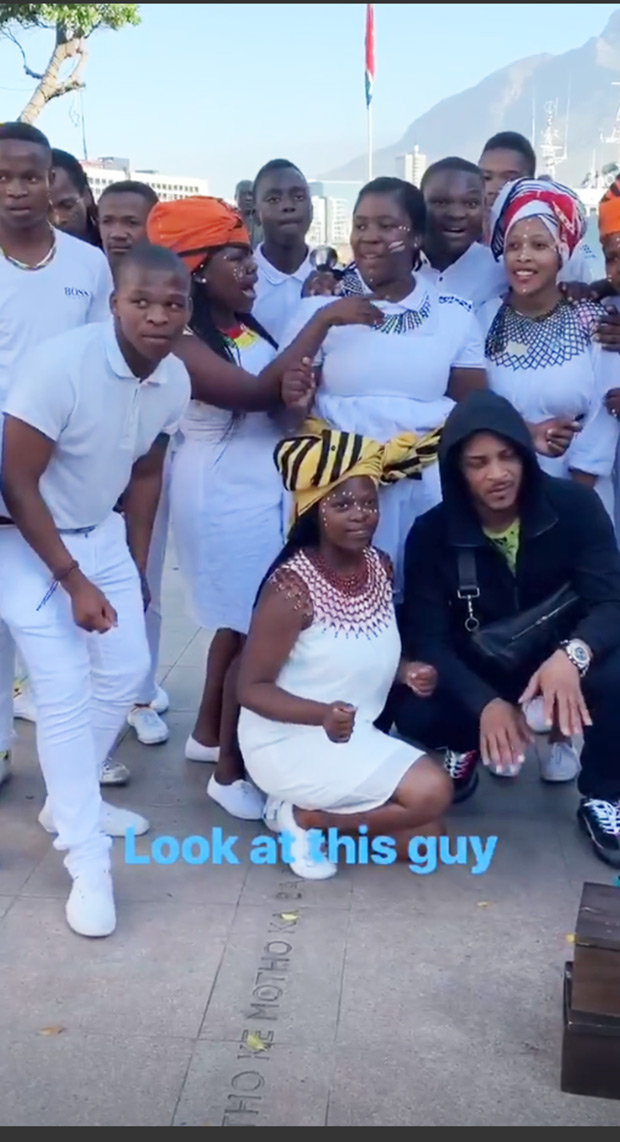 Of course, things have always been up and down for T.I. and Tiny — she even went as far as to file for divorce in 2016 — so there’s no telling what could happen in the months to come. We’re hoping for the best, though!