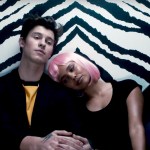 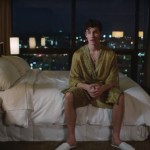 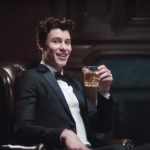 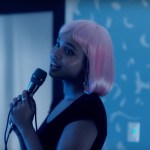 Shawn Mendes gives a total ode to the 2003 film ‘Lost in Translation’ for his new  ‘Lost in Japan’ video remix featuring  Zedd. He also romances ’13 Reasons Why’s Alisha Boe along the way.

Tokyo is such a magical and unique place, so it was only fitting that Shawn Mendes headed there for his new video for the remix of “Lost in Japan.” He looks out the window at the bright lights before arriving at his hotel, where he finds love in al elevator as soon he lays eyes on 13 Reasons Why star Alisha Boe. Even though they’re in the crowded carriage with other Japanese citizens, they only have eyes for each other as they give off longing looks while he sings to her with a huge smile on his face.

The video then turns into an ode to the brilliant 2003 film Lost In Translation starring Bill Murray and Scarlett Johansson as two strangers who develop a deep connection while staying at the same Tokyo hotel. Shawn takes over Bill’s faded movie star character Bob Harris, even doing a Japanese whiskey commercial while wearing a tux, just like Bill’s character movie. Alisha then relives the scene where lonely bride Scarjo’s Charlotte attends a party in a pink bobbed wig and black scoop neck t-shirt and sings karaoke for the crowd.

Shawn wears the exact yellow t-shirt with black armbands that Bill’s character wore to the party in the film where he iconically performed a karaoke version of Elvis Costello‘s “Peace, Love and Understanding.” Even the shower scenes where Bob couldn’t deal with a shower head and closely shaved his face in the mirror are replicated almost exactly by the 20-year-old Ontario native. Shawn must be a huge fan of the amazing Sofia Coppola directed film because he and Alisha nail the characters perfectly. Except he’s WAY more adoring looking towards Alisha than the May-December friendship between Scarjo and Bill in the film. OMG, to have a guy look at you the way Shawn looks at Alisha is just melt-worthy.

The remix comes from hitmaker Zedd, 29, who appears in the video as one of the party guests, singing karaoke and dancing along with Alisha. Check out the video above and you’ll totally want to watch Lost in Translation all over again after seeing this remix of “Lost in Japan.”