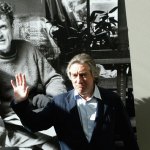 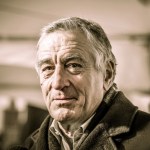 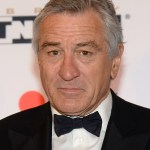 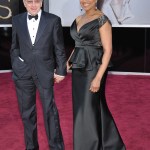 Police are investigating yet another bomb threat in New York City after a suspicious package was delivered to a restaurant owned by vocal Donald Trump opponent, Robert De Niro.

UPDATE 3: Cesar Sayok Jr.‘s arrest came after authorities found a fingerprint on one of the envelopes, which had explosives inside, that had been sent to Rep. Maxine Waters. Another bomb had also been found addressed to Democratic donor Tom Steyer at a California mail facility.

UPDATE 2: Robert De Niro has released a statement regarding the bomb threat at his restaurant, and used it as a platform to urge people to vote. “I thank God no one’s been hurt, and I thank the brave and resourceful security and law enforcement people for protecting us,” he said. “There’s something more powerful than bombs, and that’s your vote. People MUST vote!”

UPDATE: Another suspicious package was intercepted on the morning of Oct. 25, addressed to Democratic New Jersey Senator, Cory Booker. The package looked similar to previous packages that had been intercepted, and was discovered in Florida. The same morning, a suspicious parcel addressed to James Clapper, the former Director of National Intelligence, was found in New York City.

Another suspicious package, similar to the ones sent to Barack Obama, Hillary Clinton, Joe Biden and Bill Clinton on Oct. 24, was intercepted in New York City in the early hours of Oct. 25. This time, the package, which appears to contain a pipe bomb, was found at the TriBeCa Grill, which is owned by Robert De Niro, a vocal opponent of Donald Trump. Law enforcement sources say the parcel is “the same” as the pipe bombs sent to the top Democrats, as well as the offices of CNN, one day earlier, according to the New York Post. It is unclear at this time if the packaged was addressed to DeNiro himself.

“This is clearly an act of terror, attempting to undermine our free press, leaders of this country through acts of violence,” New York Mayor, Bill de Blasio, said, after the explosive was discovered at CNN on Oct. 24. “I want to make it clear that the people of New York City will not be intimidated. That we’re going to go about our lives undeterred.” The NYPD and bomb squad were on the scene quickly after the next package was discovered at DeNiro’s restaurant, but have not provided any updates at this time.

While addressing the terror scare during a rally on the evening of Oct. 24, Trump failed to recognize any of the victims by name, simply referring to the Democrats who received suspicious packages as “former government officials.” The targeted Democrats have all been verbally targeted by Trump in the past, as has CNN, which he’s slammed various times for delivering “fake news.”

Meanwhile, DeNiro has been vocal about his disdain for Trump, most notably at the Tony Awards earlier this year, when he introduced Bruce Springsteen to the stage and started his speech with, “First, I wanna say, F*** Trump.” Afterward, Trump fired back on Twitter: “Robert DeNiro, a very Low IQ individual, has received too many shots to the head by real boxers in movies. I watched him last night and truly believe he may be ‘punch-drunk.'”

We will continue to provide updates to this story as information is released.