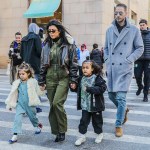 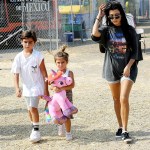 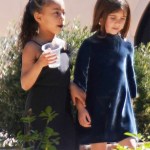 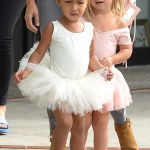 We aren’t the only ones obsessed with the next generation of Kardashians! TBH, these kids seem just as obsessed with each other. Take a look at all of their cutest BFF moments!

Keeping Up With the Kardashians may be a great show, but it’d be even better if all of the kids in the family started their own spinoff. Just saying! We love them — and they all clearly love each other. And while we’re sure the cousins don’t always get along perfectly, they’ve had some super sweet moments together that make them more than just family members. They’re friends! Penelope Disick, 6, and North West, 5, started the KarJenner kid friendships strong by bonding when they were babies. From stepping out in matching tutus and holding hands in public to having joint birthday parties year after year, they have always seemed attached at the hip. But after Kim Kardashian, 38, and Kourtney Kardashian, 39, gave birth to the first wave of Kris Jenner‘s grandkids, the pregnancies — and the friendships — just kept coming.

Not only did Kylie Jenner, 21, welcome Stormi Webster, right after Kim had Chicago West, but Khloe Kardashian, 34, followed up with True Thompson a couple of months later. These little ones under one are too cute together and melt our hearts every time they hang out — which is pretty often! They’ve had multiple playdates and sleepovers, both separately and as a big group of three. And since they’re so close in age, they’re basically built in best friends. And to make things even cuter, their older siblings and cousins think they’re just as sweet as we do. Dream Kardashian, 1, even reached out to touch newborn Chicago’s forehead in the most adorable way after she was born.

And while we know sibling rivalries are a thing, these KarJenner kids seem to be pretty happy hanging with their brothers and sisters, as well. Yes, Saint West, 2, and North had a rough patch for a bit, but Kim has admitted that her oldest is warming up to her younger brother. She even proved it with a pic of them hugging in the tub!

As they continue growing up in the spotlight, we bet these munchkins are going to keep banding together. Think about it — no one else knows what it’s like to be them!