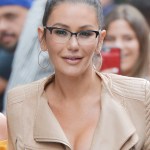 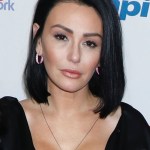 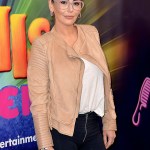 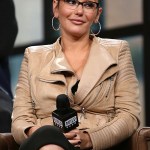 This ‘Jersey Shore’ star may have filed for divorce last month, but she and her daughter Meilani couldn’t be cuter spending time together in Spain. We’ve got all the details on the special reason they traveled there!

JWoww, 32, and her daughter Meilani, 8, are having the time of their lives in spite of the Jersey Shore star’s recent split with Roger Mathews, 41. After tying the knot in 2015, JWoww filed for divorce this September — and what better way to get your mind off of a break-up than with a mother/daughter trip? She and Meilani have been in Europe to research for the reality star’s Naturally Woww line, and they’re all smiles. “Meilani is seriously living her best life!” the mother of two told Hollywoodlife.com EXCLUSIVELY. “We took her to see a castle, she has tried different foods. It’s so nice having the opportunity to experience this with my daughter. We toured Barcelona, saw famous historical landmarks, went to the beach, and tried local food.” But it hasn’t all been fun and games — JWoww is doing work on vacay, after all!

“Meilani and I have been exploring Spain to research and learn about the ingredients I’ll be using in my products for Naturally Woww,” she said. “This process has been very hands on for me, as I went straight to the source to find and learn about the best ingredients. […] I’ve never been ordinary, so I didn’t want to create ordinary products. Creating a skincare line that is easy to use on the go, that uses simple and innovative ingredients, and that makes you feel confident is my goal with Naturally Woww.” So awesome — and the fact that she brought her daughter along for the ride is even better! We’re so happy to see these two having such a fabulous trip together, especially since their family is going through a tough time. From cuddling up at the beach to striking matching poses with their tongues out, they made such a sweet mother/daughter pair in Spain. 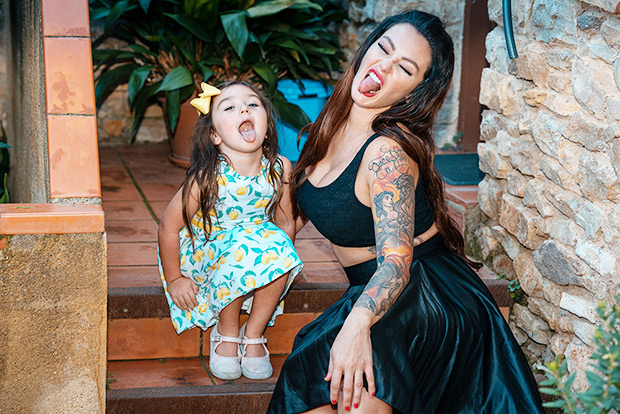 But he’s using more than social media to try to win back his wife! One month after JWoww’s divorce filing, Roger took her out for a romantic anniversary date complete with a horse-drawn carriage and a nice dinner. He’s pulling all the stops!

Maybe JWoww’s next jaunt to Europe will be a family trip with Roger, Meilani and Greyson, 2. Only time will tell, but we’ve got our eyes peeled!