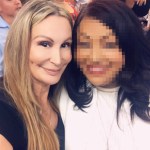 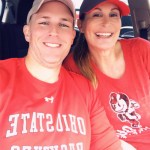 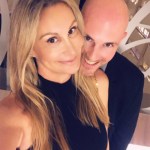 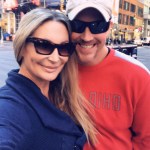 While the White House considers erasing trans people with a new policy, activist Taylor Chandler – whose fiancée works for the Secret Service – is standing up to the president with a bold message, ‘Not on my watch!’

Donald Trump’s administration has sparked widespread protests – again! This time it’s because the White House is reportedly working on a proposal to try to “erase” trans people by defining a person’s gender based only on the genitalia they were born with. One person who is refusing to stand for it is Taylor Chandler – a 45-year-old transgender woman and activist who just happens to be engaged to Secret Service research specialist, Matthew Meagher-Walker, 39. And Taylor is not holding her tongue when it comes to slamming the 72-year-old president’s agenda. On Oct. 22 she protested outside the White House, a day after The New York Times’ report about the Trump administration’s potential policy change, which would roll back transgender rights and protections.

“I felt it was my duty to go,” Taylor tells HollywoodLife EXCLUSIVELY. “I felt like he was using fearmongering to ignite his base before the Nov. 6 [midterm] elections. It’s vital for people in the public eye to be visible and counted. He’s always been a disgusting man to me. Now he just has the ultimate power to bring his tyranny to fruition. Not on my watch.”

It’s partly her activism that attracted Matthew to Taylor. The couple met on Tinder and started dating this past May. “I was very upfront with how public my life is,” says Taylor, who works for the Washington D.C.-based Casa Ruby LGBTQ Community Center, which provides beds and social services to trans and queer people. It’s a cause that’s very personal to Taylor who works on the center’s External Affairs team. “I was born intersex, corrected to male through genital mutilation surgery as an infant,” says Taylor who was born with male genitalia and a uterus, but no testicles or ovaries. “Then, as soon as I was old enough to talk, I was very vocal about my identity as a girl. I never said I wanted to be one. I just am.”

“The reason I identify as transgender too is because I wanted to only be female, not both, or male,” she adds. “So, I had more surgery to make that a reality… I don’t need to look between my legs for my identity. If I had both genitals, the wrong genitals, or none, I would still be a woman!” While Taylor is the first transgender person that her fiancé has ever dated, he wasn’t bothered by that or her activism. She says, “Matthew didn’t want to know about my public life, he wanted to get to know me. That was refreshing.”

Matthew loves everything about Taylor, he tells HollywoodLife, “The biggest thing is obviously she’s an extremely attractive woman. For face value, you start with that, and then we had the opportunity to sit down and talk and I got to know her a whole lot better and a lot of our talk was about her advocacy.” It’s a change for Taylor, who claims that she dated Olympic gold medallist swimmer Michael Phelps, now age 33, in 2014 after meeting him on Tinder, but was dumped when the fact that she is transgender (which she says he didn’t know) came out. (Michael Phelps has neither confirmed nor denied that he has dated Taylor Chandler. HollywoodLife reached out to his representatives but we received no response.)

But do Matthew’s Secret Service colleagues know that his fiancée is transgender? “All they know is that we’re engaged and essentially they have her first name,” he says. “To a point, work and private life for me just kind of stay apart from each other. It’s just always the way I’ve been. I don’t bring work home and I don’t necessarily bring home to work.” He adds that his colleagues are “extremely happy” for them but that “it really doesn’t go much further than that.”

In private Taylor and Matthew don’t really discuss what he does because there isn’t much they can talk about, given that he works for the Secret Service. But in public, Taylor is speaking out against Trump’s policies, including his plan to ban transgenders from serving in the military – going back on his 2016 presidential campaign promise to “fight for” the LGBTQ community. Taylor, who says she met Trump in 2003, adds, “It just seems that he, along with a lot of people, changed their stance, which I find mindboggling.”

One thing that Taylor is pleased about is that Caitlyn Jenner is now standing up to Trump. The 68-year-old former Olympian, who voted for the president in 2016, tweeted at Trump on Oct. 22, “Trans people won’t be erased.” Taylor says, “She has finally seen the light and does not support him anymore since The New York Times article came out.”

Despite Trump’s anti-LGBTQ stance, surprisingly, Taylor still plans to invite him to her wedding. “They say keep your friends close and the enemy closer!” she says, “I think that would be incredible and that would certainly make for an interesting wedding photo.” Taylor also notes, “Secret Service will be at my wedding either way.”