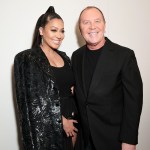 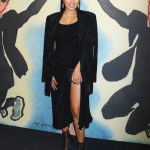 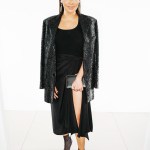 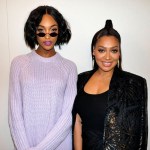 NBA star Carmelo Anthony has scored big time with wife La La and convinced her to give him another shot. So, now that they’re back on, are they planning to walk down the aisle all over again?

La La Anthony and her NBA player husband Carmelo split up in April 2017 after seven years of marriage. But they never officially filed for divorce and she’s “so thankful” that they didn’t! A source tells HollywoodLife EXCLUSIVELY that La La has fallen hard for Carmelo again. But – when it comes to renewing her wedding vows – she’s still playing hard to get, and with good reason.

“La La and Carmelo are in such a great place right now, she’s all the way back in love and so thankful she never went through with the divorce. Some of her friends have been asking if she and Carmelo will renew their vows now that they’ve overcome the struggles in their marriage but La La isn’t interested in doing that right now. It’s something she might do one day but it will take more time for Carmelo to prove himself to her. For now she’s just enjoying things exactly as they are,” our source says. Playing it smart and hanging on to all the Power, we salute you girl.

Although La La and Carmelo are giving their marriage another chance they still aren’t living in the same city. Now that he’s playing for the Rockets he’s living in Houston, but La La is still in NYC with their son Kiyan, 11. And according to La La, regardless of where Carmelo plays ball, her zip code won’t change. Back in 2017, when Carmelo left the New York Knicks, she did an interview with The Breakfast Club and said, “I’m not moving anywhere. I am New York, born and bred, and I will be staying here.” Clearly standing her ground and staying true to herself was the right choice for her, and her relationship with Carmelo.