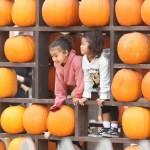 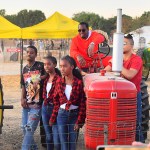 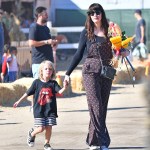 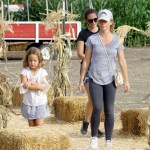 There’s a first time for everything, and today was little Stormi’s first pumpkin patch! The eight-month-old celebrated fall in the best way possible by posing for pumpkin pics with her parents. Take a look!

Our hearts can’t take it! Kylie Jenner, 21, and Travis Scott, 26, took their baby girl to the pumpkin patch on Oct. 23 and celebrated the festive first with sweet family photos. Eight-month-old Stormi Webster could not have been cuter in a teeny Supreme tee, camouflage pants that matched her dad’s jacket and little black sneakers. Such a stylish tyke! And since Kylie shared so many pictures of their fun fall trip to Underwood Family Farms in San Fernando Valley, we’re already getting excited for the spam that will be heading our way on Halloween. Who knows — maybe the three of them will dress up in a themed family costume? We can only hope.

Kylie really didn’t hold back on the pumpkin patch pics, and we’re so grateful. From sitting on hay bales with her daughter and boyfriend, to looking at animals and sitting among the pumpkins, it’s clear her adorable little family had the best time. They’re really ringing in October the right way — and they aren’t the only KarJenners to do so! Khloe Kardashian, 34, took her daughter True Thompson, six months, to a pumpkin patch earlier this month. And while Stormi had on camouflage pants when she went, True disguised herself in a different way. The little one was wearing a pumpkin costume and blended right in to the squash around her! We hope Kourtney and Kylie keep up this tradition next year.

Who knows? Maybe Kylie and Travis will have more kids by then. The new mom has said she wants seven daughters, after all! 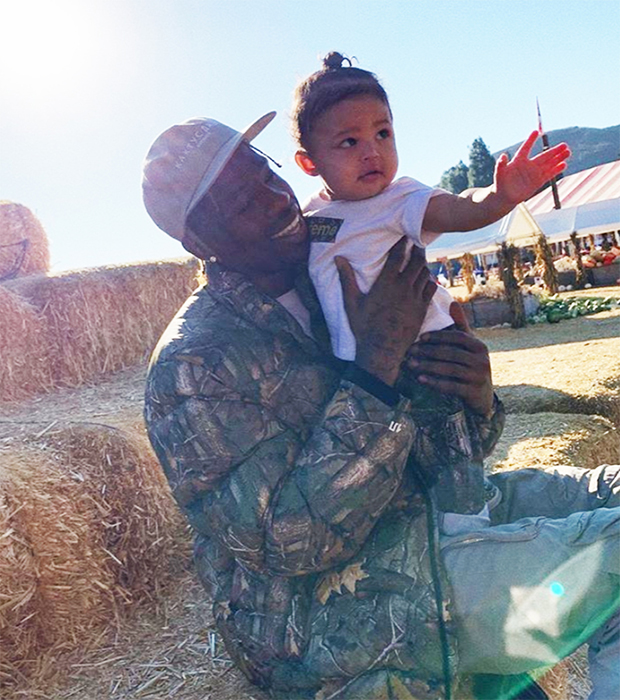 But until then, we’ll just keep an eye out for their cute Halloween costumes next week. And is it too early to start getting excited for Stormi’s first Christmas?