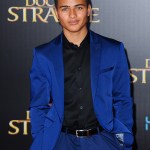 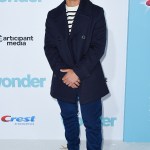 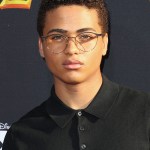 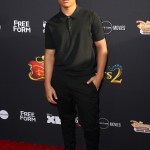 Millennials, in particular, have a huge opportunity this election cycle to have their voices be heard. ‘American Vandal’s Nathaniel Potvin understand that & urges his generation to vote on Nov. 6th!

You may know Nathaniel Potvin as Gonzo in American Vandal on Netflix, but IRL, he’s a 19-year-old young man with a voice that he wants to be heard. The politically active teen spoke to HollywoodLife.com EXCLUSIVELY ahead of the Nov. 6 Midterm Elections, to encourage everyone, especially people his age, to get out and vote. “If one person thinks that their vote doesn’t matter, they’re way off, actually. It’s about unity together. Your own vote may be small, but if it’s in a group of people who have the same ideals as you and we’re all on board with this together, that’s what makes a difference,” he said. “Politics — it doesn’t just affect the adults, it also affects the kids who are coming up in school and they’re starting to develop their own ideas. So, it’s just super important to me that these kids make sure their voices are heard.”

Nate is also incredibly passionate and outspoken about gun control, especially after his character, Wallace, in the series Five Points, pointed a gun at another student. “These horrible events and shootings continue to happen, and it felt like the adults were all talking about what had happened, but it really didn’t pertain to them, nothing would get done, and another shooting would happen, again,” Nate explained. “A lot of people didn’t vote in the last election and we ended up in a predicament that’s just… not amazing. It’s so important that young adults from 18 – 25 come and vote because their vote really does matter.”

We couldn’t agree more! You can use the Rock The Vote module to register to vote, and check your specific state’s registration and voting deadlines at this link! Make sure you vote on Nov. 6!