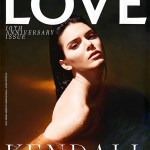 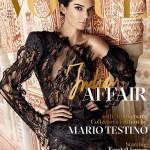 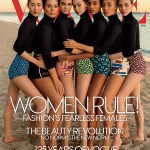 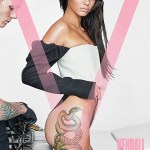 After being accused of cultural appropriation for posting a pic of Kendall Jenner with an afro hairstyle, ‘Vogue’ has issued an apology. See the message here.

Vogue has apologized for using photos of Kendall Jenner with a poofy, afro hairstyle to promote its CFDA/Vogue Fashion Fund prize. The pics received a decent amount of criticism, and the mag responded to clarify where the inspiration for the shoot came from. “The image is meant to be a update of the romantic Edwardian/Gibson Girl hair which suits the period feel of the Brock Collection, and also the big hair of the ’60s and the early 70’s, that puffed-out, teased-out look of those eras,” the statement read. “We apologize if it came across differently than intended, and we certainly did not mean to offend anyone by it.”

In the pic, Kendall wears an old-fashioned looking dress to go with the puffy hairstyle. She also rocks minimal makeup for the shoot. Kendall shared the photo to her own Instagram page, as well, but has not commented in response to any of the controversy and cultural appropriation accusations. This is not the first time Kendall has been at the center of something deemed ‘politically incorrect’ — who could forget her controversial Pepsi commercial in 2017, which many people said was “tone deaf” in light of the Black Lives Matter movement.

In that instance, Kendall did not comment on the situation right away, either, but did apologize eventually. “Obviously, my intention was not to hurt anyone” she told Vogue in its April 2018 issue. “I just hid out. It hurt me that I hurt other people.” ‘

Fifteen years and 150 finalists later, the @CFDA/Vogue Fashion Fund prize has created global stars, local heroes, a must-watch New York Fashion Week, and, most important, a true sense of community among designers of all ages and backgrounds—all with differing aesthetic and commercial aspirations—who communicate, collaborate, and essentially care for one another through the fun and not-so-fun times. Laura Vassar Brock—one of the founders of 2016 #CVFF winner Brock Collection—says, “We spoke to a few friends who had gone through it, and they all said the same thing: that the Fashion Fund is a life-changing experience. And indeed it was!” Tap the link in our bio to learn more. Photographed by @mikaeljansson, styled by @tonnegood, Vogue, November 2018

Despite all the criticism Vogue received, there was also a lot of praise for the shoot. “The hair looks way more like an edgy Marie Antoinette,” one person pointed out. “Coupled with the dress, that’s obviously what they were going or and I, personally, think they captured it well.”