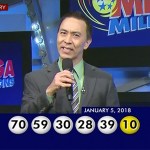 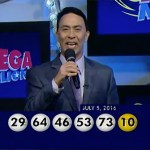 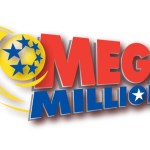 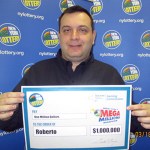 There we go! The Mega Millions just held its Oct. 23 drawing and it’s possible that someone just won a billion dollars. Was it you? Check out to see the numbers that were picked.

The biggest lotto jackpot in U.S. history was on the line, as the nation gathered to see who would win $1.6 billion dollars. The Mega Millions lottery quite possibly made someone richer than their wildest dreams, all courtesy of six lucky numbers. Following the Oct. 23 drawing, players were scrambling to see if their tickets had the following numbers: 5, 28, 62, 65, 70 with the Mega number as 5. If they did, well, they won’t be showing up to work tomorrow.

The odds of matching all six numbers – the five regular numbers and the Mega Ball – are 1 in 302,575,350. A person has better odds (according to Thrillist) of being struck by lightening – 1 in 700,00 – or becoming a saint –1 in 20 million. However, it’s more likely that you’ll win this Mega Millions than fill out a perfect NCAA bracket, so keep that in mind the next time March Madness rolls around and someone’s daring you to throw into the office pool.

If someone doesn’t get all six numbers, they shouldn’t throw the ticket away. If someone matches five numbers (and no mega ball) they’ll win $1 million. Four numbers and no Mega Ball will get $10,000. Match the Mega Ball by itself and you win $2, which isn’t the $1.6 billion grand prize, but it’ll help someone make back the money they spent on the ticket. At the end of the day, breaking even is as good as a win.

“Ultimately, these games, they’re all about the jackpots,” Gordon Medenica, Maryland’s lottery and gaming director, told The Washington Post, when explaining how Mega Millions tweaked the rules to make it easier to win smaller prizes, but harder to win the main jackpot (ergo, how tonight’s drawing was more than the national GDP of Samoa, Tonga, and Grenada. Still, with so much money on the line, it’s kind of hard not to get swept up in lotto fever. “Mega Millions has already entered historic territory, but it’s truly astounding to think that now the jackpot has reached an all-time world record. It’s hard to overstate how exciting this is — but now it’s really getting fun,” Gordon added.