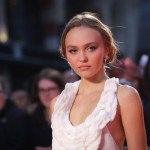 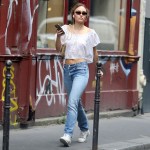 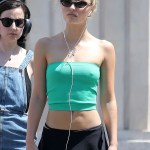 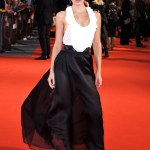 It’s official! Lily-Rose Depp and boyfriend Timothee Chalamet can’t get enough of each other as they’ve been photographed in a serious make out session. We’ve got the steamy pic.

Just three weeks after first being spotted putting on some PDA in New York City, Lily-Rose Depp, 19, and actor Timothee Chalamet, 22, proved their romance is still going strong. In the early hours of Oct. 22, the two once again had a steamy make out session in the Big Apple. Their passion couldn’t be contained as they held each other close and kissed on an empty sidewalk, aside from the paparazzo who happened to be their to catch their love in bloom. Lily-Rose even reached her hand up to hold the Beautiful Boy actor’s face as they locked lips. Now that’s a serious sign of true adoration.

Lily-Rose — the daughter of superstar Johnny Depp and his former partner Vanessa Paradis — dressed casual for their date in a white t-shirt and tight acid washed jeans. She wore her long honey locks in waves and donned little make-up, as she’s so stunningly gorgeous and fresh-faced. Timothee wore a black jacket and matching jeans as well as a pink baseball cap. He had his left arm around Lily-Rose’s back, with his hand gently grabbing her butt.

Timothee has been in Lily-Rose’s orbit for some months now. He attended her star-studded birthday party in Hollywood last June. He’s also going to be working with her dad soon. The two are set to co-star in Netflix’s upcoming adaptation of Shakespeare’s Henry IV and Henry V called The King. 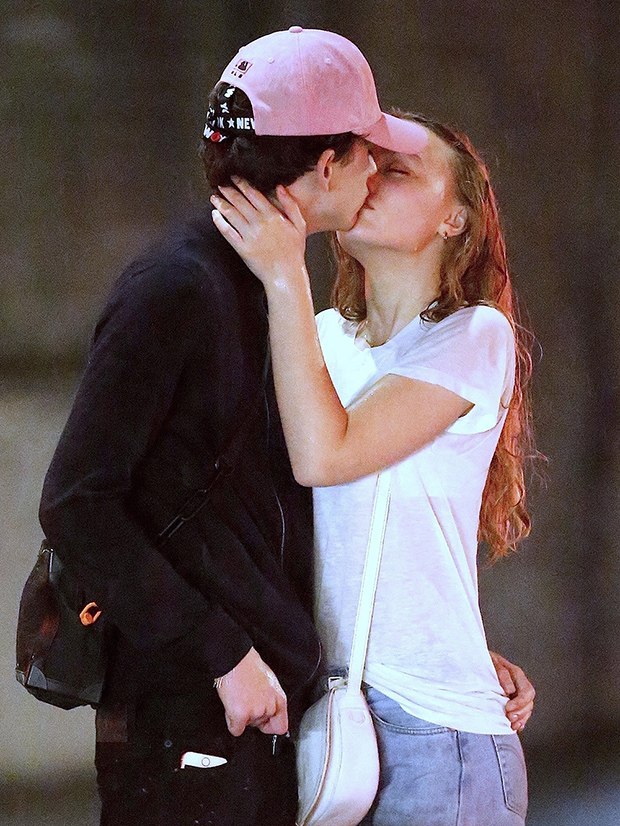 As we previously reported EXCUSIVELY, Johnny is over the moon that Lily-Rose has found romance with the acclaimed young actor, who already has an Oscar nomination for his role in 2017’s Call Me By Your Name. “Johnny gives Lily a lot of respect and freedom, he thinks she’s brilliant and totally trusts her choices,” a source close to the 55-year-old told us.

“She absolutely has his blessing when it comes to dating Timothee, especially because they both speak fluent French. Johnny is very proud that Lily’s bilingual so the fact that she’s found a boyfriend in America that she can speak French with is a big deal, that makes Johnny extra happy,” our source adds. “It’s still a very new relationship and Johnny isn’t one to push himself into Lily’s life but when she’s ready to bring Timothee home, Johnny will welcome him with open arms.”