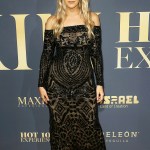 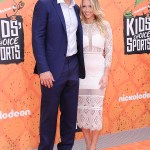 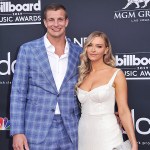 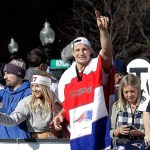 Congratulations are in order for Camille Kostek — she was confirmed as the first rookie model being honored in ‘Sports Illustrated’s Swimsuit Issue for 2019. Check it out!

Sports Illustrated is revealing the models featured in its annual Swimsuit Issue little by little, and it all started with the first big reveal on Oct. 23. Camille Kostek is confirmed to be appearing in the issue as the first rookie of 2019, the mag announced on its social media pages. Along with the announcement, a video from Camille’s shoot was revealed, which showed her spending time with her famous football player boyfriend, Rob Gronkowski, who was just so proud of her for receiving the amazing honor!

It seems like SI is announcing models for the issue earlier and earlier every year, as the big cover reveal doesn’t usually go down until February! The magazine’s website promises tons of behind-the-scenes photos and videos from each model’s shoots in the months to come, though, so we certainly won’t be lacking material as we wait to see who will be on the cover next. Last year, the honor went to Danielle Herrington, while Kate Upton graced the cover (three different ones, to be exact) in 2017.

Elle Macpherson holds the record for most Sports Illustrated Swimsuit Issue covers of all time, with five to her name. She was on the cover in 1986, 1987, 1988, 1994 and 2006. Following her, though, there are several models who have been put on the iconic cover three times: Christie Brinkley, Cheryl Tiegs, Kathy Ireland, Daniele Pestova and Kate Upton.

@camillekostek is the first model (and rookie) of #SISwim 2019! And we think it’s safe to say @gronk is pretty proud that his girl is a Sports Illustrated Swimsuit model! 😉 Click the link in bio to watch the full video and experience a day in the life of Camille.

Being a Sports Illustrated Swimsuit girl is certainly an elite group to be part of, and we can’t wait to see who else joins Camille on the list this year!