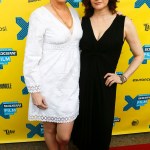 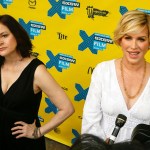 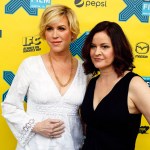 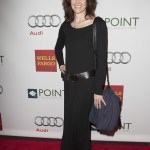 Ally Sheedy opened up about the struggles her transgender son is going through as Donald Trump threatens to strip trans people of their rights, and she got support from her ‘Breakfast Club’ co-star, Molly Ringwald.

Molly Ringwald sent love to her co-star from The Breakfast Club, Ally Sheedy, after Ally tweeted about the current struggles her transgender son is going through. “My beloved son is now scrambling to legally change his name for – as he puts it – “safety” and “jobs” reasons,” she wrote. “ASAP. We are all on collision with darkness. #TransRightsAreHumanRights #WontBeErased.” In response, Molly wrote back, “It’s horrendous. Truly shocking. Sending love to you and Beck.” She concluded her message with a heart emoji, and Ally wrote back. “Thank you my friend.”

Ally’s heartbreaking tweet comes after The New York Times reported that Donald Trump and his administration is considering only defining gender “on a biological basis that is clear, grounded in science, objective and administrable.” In simple terms: A person’s sex would be defined as only male or female, and based off the genitalia said person was born with. This would, obviously, take protections and federal recognition away from transgender people, which were set in place by the Obama administration. The Department of Health and Human Services is leading the charge toward establishing a “legal definition” of sex.

“Sex means a person’s status as man or female based on immutable biological traits identifiable by or before birth,” the memo read, according to the New York Times. “The sex listed on a person’s birth certificate, as originally issued, shall constitute definitive proof of a person’s sex unless rebutted by reliable genetic evidence.”

Its horrendous. Truly shocking . Sending love to you and Beck.❤️

Ally’s son with David Lansbury was born female in 1994. Now, he identifies as a male named Beckett, and Ally has been an advocate for transgender rights for quite some time.