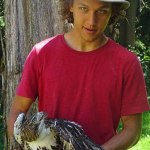 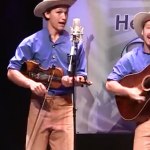 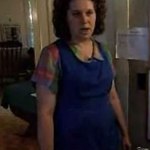 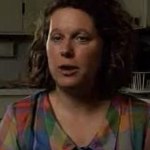 Jacob Stockdale, 26, has been charged with murdering his mom and brother last June. Here’s what we know about the ‘Wife Swap’ star.

It’s been over a year since Jacob Stockdale allegedly killed his mom and brother, but the 26-year-old, who appeared on one episode of Wife Swap back in 2008, has just officially been charged with two counts of murder. Although he won’t face the death penalty, he does face up to life in prison for the June 2017 murders. He allegedly shot his mother Kathryn and brother James, 21, in the head before turning the gun on himself. After hospitalization and rehab, Jacob survived his gunshot wounds and is facing prison time. Here’s what we know about him.

1. Jacob was from a strict, religious family. In the episode of Wife Swap Jacob appeared on in 2008, he and his brother had a long list of activities they weren’t able to take part in. TV and video games were banned in their household, as well as cussing and dating. “I have never been on a date,” Jacob said. “There are other ways to get to know a girl.”

2.  He was home-schooled. Jacob and James learned their lessons at home, and also spent their days doing chores. In fact, in order to earn privileges like listening to a radio show, they had to do chores for tokens. The reality show featured footage of the boys unloading the dishwasher, vacuuming and cleaning the bathroom. James admitted the tasks he was responsible for got “boring” after eight years.

3. Jacob’s charges were delayed for a reason. Jacob allegedly murdered his mom and brother over a year ago — so why has it taken so long to charge him? The prosecutors purposefully waited so they could avoid having to pay Jacob’s medical care while he was in their custody, Stark Country Prosecutor John Ferrero told TMZ. He had to have extensive facial reconstruction done after shooting himself.

5. Jacob’s father was not home when the crime took place. While Kathryn was reportedly shot in an upstairs bathroom and James near the front door, Jacob’s dad was not home at the time of the shooting. He was driving home from work when the murders took place and was about a mile away when cops told him the tragic news.