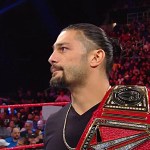 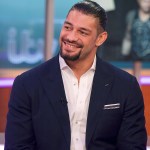 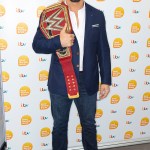 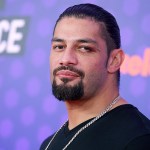 So devastating! WWE champ Roman Reigns is taking a leave of absence from the ring now that his leukemia has returned. We’ve got the sad details as he has relinquished his title to battle cancer.

The Oct. 22 episode of Monday Night Raw, began with a dramatic moment of shock and heartbreak, when WWE Universal Champion Roman Reigns relinquished his title and announced he’s going on an indefinite leave to battle leukemia once again. He had been in remission since 2008, but his cancer has returned. “I’ve been living with leukemia for 11 years, and unfortunately it’s back…I’m going to have to relinquish the Universal Championship,” the 33-year-old told a stunned audience.

He continued, “I’m not going to lie, I’ll take every prayer you can send my way but I’m not looking for sympathy. I’m not looking for you to feel bad for me because I have faith. When I was 22-years-old I was diagnosed with this. And very quickly I was able to put it in remission. But I’m not going to lie, that was the hardest time of my life. I didn’t have a job, I didn’t have any money, I didn’t have a home and I had a baby on the way and football was done with me. The team that gave me a chance was the WWE.” The pro wrestler — whose real name is Joseph Anoaʻi — was signed by two NFL teams after going undrafted in 2007, but was cut by each within weeks.

With that he took off his belt and laid it in the middle of the ring. NO ONE saw this coming and the audience as well as viewers at home were left in complete shock. Many members of the crowd were seen in tears during Roman’s speech. The WWE made sure to remind fans that this will not be the end of his wrestling career, tweeting out a pic of the moment that read “DON’T call it a retirement speech. @WWERomanReigns WILL beat this, and we will see him again VERY, VERY SOON!”

.@WWERomanReigns has officially relinquished the Universal Championship on #RAW. pic.twitter.com/Dov281qW94

Thank you to everyone who’s reached out…I can’t put into words what it means to me.

Your energy and positivity motivate me to get better quickly to get back in the ring, but for now I’m going to spend time with my family and focus on health.

Fellow WWE stars are already sending out their best wishes to Roman over his heartbreaking diagnosis. “About to board my flight to Newark and hearing news about my #GoodBrother and one of the hardest working, strongest brothers I know @WWERomanReigns, got a pit in my stomach. My family throwing so many prayers at you.. Love you bro,” Karl Anderson tweeted. Mandy Rose also took to Twitter and wrote “Sending my thoughts and prayers your way @WWERomanReigns … Thank you and stay strong!” Ric Flair wrote “My Family And I Are Thinking Of You And Are Keeping You In Our Prayers! We Are Here For You!”