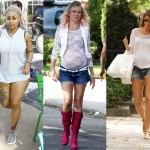 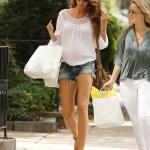 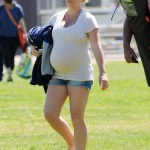 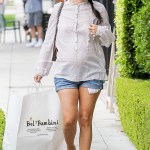 Who wears short shorts? Pregnant moms, apparently! So many stars have paired their baby bumps with daisy dukes — and looked amazing doing it! Take a look.

Who says you have to cover up when you’re expecting? We love when celebrities proudly flaunt their curvy pregnancy bods — and these sexy stars did just that when they stepped out in short shorts. But hey, if you’ve got it, flaunt it, especially if temperatures are high. Gisele Bundchen, 38, nailed this pregnancy look perfectly when she paired daisy dukes with a flowing white top and nude flats. With her waves loose around her face and a pair of aviators on, she looked casual and cute! Other stars have tried the trend while working out, like Heidi Montag, 32, while some even rocked fake baby bumps with tiny bottoms on movie sets. We’ve seen it all!

But teeny tiny shorts aren’t the only ways for a mom-to-be to show some skin! Many pregnant stars have posed for pics on red carpets with super high-slit dresses from Carrie Underwood, 35, at the 2018 American Music Awards to Blake Lively, 31, at the 2016 Cannes Film Festival. Some have even taken this to the far extreme and showed off their bare baby bumps for the cameras. Nev Schulman‘s wife Laura Perlongo, 33, has done this not once, but twice, at the MTV Video Music Awards. There’s no better way to prove that budding bellies can still be sexy AF.

Well, unless you hit the beach in a bikini or do a nude maternity shot like so many pregnant celebrities seem to do on the reg nowadays. 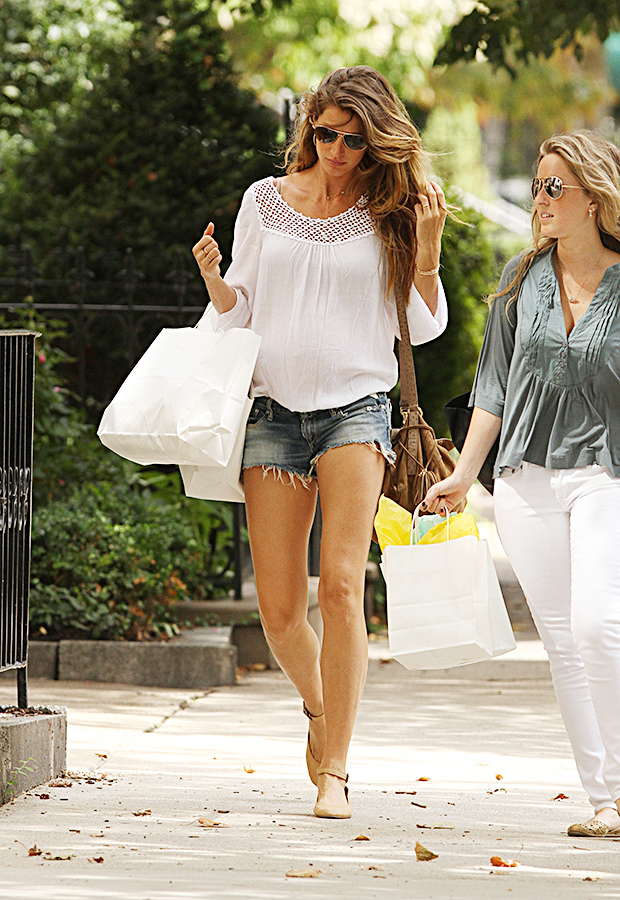 However they do it, it’s always great to see expecting moms who aren’t afraid to dress sexy. It takes a certain confidence to show so much skin when you’re body is changing, but these stars have slayed! See for yourself in the gallery above.