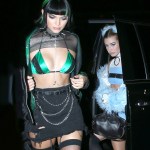 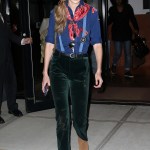 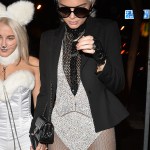 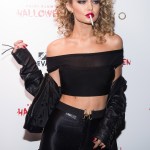 Bella and Gigi Hadid have been slaying Halloween for years, as have Kendall & Kylie Jenner. But which set of siblings reigns supreme?

Halloween season is finally here! We can’t wait to see all the incredible costumes that celebrities choose to rock this year, but there are four stars who we’re most excited about. Kendall Jenner and Kylie Jenner as well as Gigi Hadid and Bella Hadid are basically all Halloween queens, and we can bet they’ll have some fun things up their sleeves for this year’s festivities.

Last year, Kendall really impressed us with her Powerpuff Girls costume. The model, 22, threw a party at West Hollywood hotspot Delilah on Oct. 31 and enlisted her pals Hailey Baldwin and Justine Skye to pull off the sexy take on the cartoon characters. Kendall donned a green and black bikini top with a ripped black denim skirt, leather boots, and a green and black leather jacket for a seriously edgy version of Buttercup. Hailey was a perfect Bubbles, and Justine went as Bliss, a character introduced in the series’ The Power Of Four story arc from episodes that aired in Sept. 2017. Unfortunately, there wasn’t a Blossom, so Kendall still has the potential to outdo this costume.

Gigi also partnered up for her costume in 2017. She shared a sweet photo on Instagram of her dressed up as Marvel‘s The Black Cat, which paired very nicely with boyfriend Zayn Malik‘s Spider-Man costume.

But Kendall and Gigi’s younger sisters are also Halloween masters in their own right. Who could forget Kylie’s iconic take on Christina Aguilera‘s “Dirrty” look from Halloween 2016?

Bella’s also pulled off some really cute traditional costumes like a Grecian goddess and a skeleton. Get clicking through the gallery above to see all of the Hadid and Jenner sisters’ best costumes!