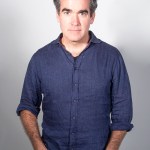 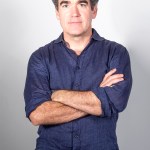 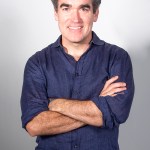 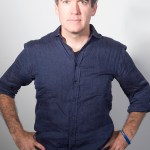 Brian d’Arcy James stars in the groundbreaking film ‘First Man.’ The actor stopped by the HollywoodLife podcast to talk about the Oscar buzz surrounding the film & working with director Damien Chazelle.

Brian d’Arcy James is a celebrated actor on Broadway and in film and television. Now, he’s soaring to the moon as Joseph A. Walker in Damien Chazelle‘s latest cinematic masterpiece, First Man. Before the film even hit theaters, there was Oscar buzz surrounding the Ryan Gosling-led cast. That isn’t too surprising for Brian, who saw his fair share of award season talk when he starred in Spotlight. “It’s not blasé blah for me. I’m super proud to be in First Man, regardless of how it does in awards season, but the fact that it’s being discussed is really exciting because that means more people will see it and get the chance to talk about it and celebrate Josh Singer, who wrote it, and celebrate Damien Chazelle and Ryan Gosling,” Brian explained in an interview on the HollywoodLife podcast.

“My wife said it best, we watched the premiere in Toronto and she said ‘I feel like I just went to the moon,'” he continued. “It seems like kind of a bumper sticker thing to say about the movie but the truth is that the visceral sense that Damien creates. We’re talking about how a person can actually create an environment in which you feel like you’re there. How many people know what it’s like to fly a spacecraft or a lunar module or a rocket, fly a rocket into space? These are extraordinary things that he’s created.” The film follows Neil Armstrong, portrayed by Ryan Gosling, and it stunningly digs into the personal life of the man who everyone knows as the first person to walk on the moon. “Damien balanced all of that technology with a really personal story of this man and his family, and the toll it takes on his wife and his children and then, the legacy that he leaves behind just as a man doing his job.”

Be sure to head to the theaters now to see First Man!