Get it, girl! Sarah Hyland hit the gym in a sports bra and leggings on Oct. 21, putting her incredible figure on display. See the pic here!

Sarah Hyland has been working to get her strength back after being hospitalized earlier this year, and she proved her hard work is paying off when she stepped out after a gym session on Oct. 21. The Modern Family star wore a dark green sports bra for the outing, which she paired with skintight leggings. The ensemble allowed Sarah to put her toned abs on display, along with the scar she was left with after undergoing a kidney transplant at 21 years old. Sarah has been open about her health issues, and is not shy about putting the scar on display. SLAY!

Unfortunately, despite Sarah’s hard work to muscle up after dropping to as low as 75 lbs. earlier this year, trolls are often super negative about her body on social media. Luckily, she isn’t afraid to fire back at the haters, and also has her boyfriend, Wells Adams, to stick up for her. In fact, just earlier this week, one “fan” commented on a pic of Sarah expressing “concern” because they felt she looked “unhealthy.” They even went as far as to say, “Being that skinny can’t be safe.”

Wells caught wind of the comment, and responded directly to the person. “You, you’re the type of fan who’s a douche bag,” he wrote. He often stands up for Sarah when haters come for her, and they’ve become the definition of #RelationshipGoals in the year they’ve been dating! 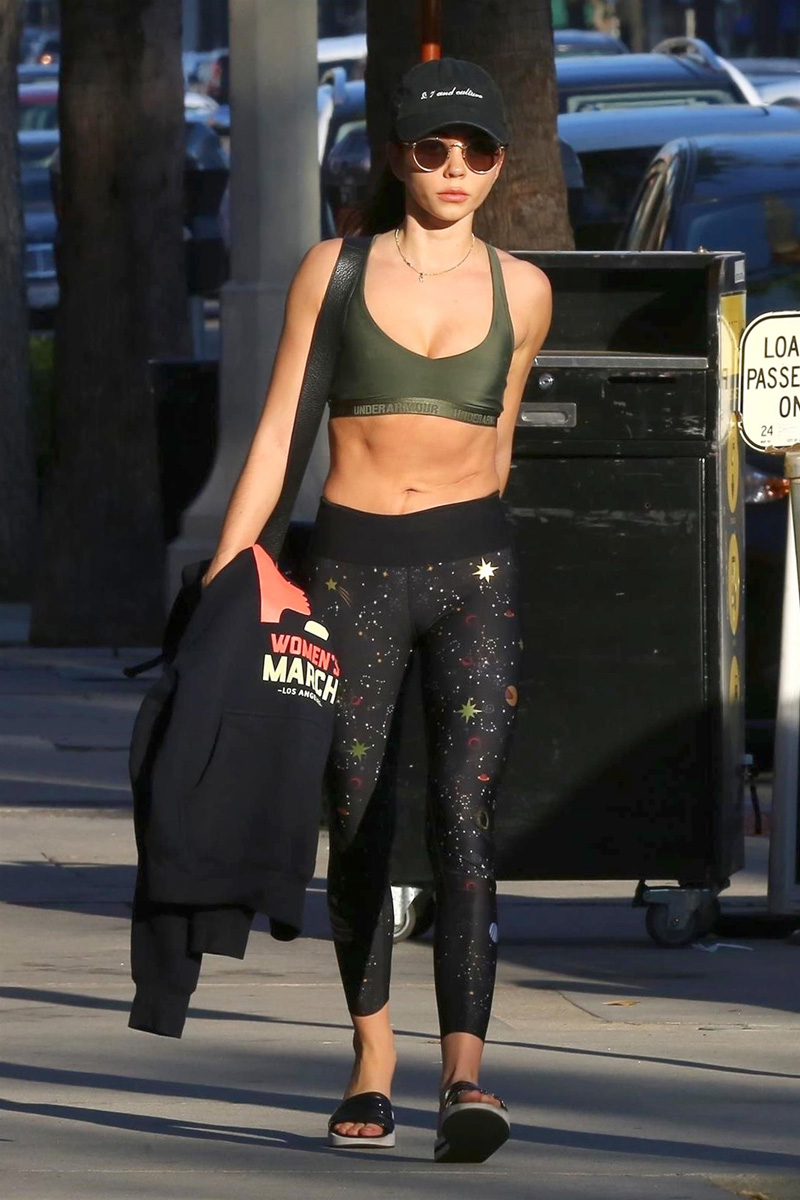 Wells recently moved across the country to live with Sarah in Los Angeles, and they’ve both admitted that living together has been an amazing step in their relationship. We smell an engagement coming!