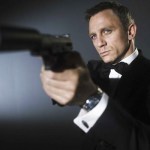 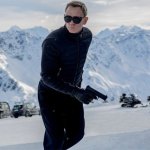 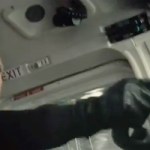 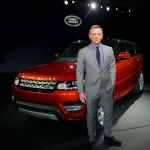 James Bond has met his match ! A woman has finally tamed 007, or at least Daniel Craig. The actor looked truly defeated while cradling his daughter at the airport, and we can barely recognize him in these pics!

Call this baby girl a Bond villain, because she’s left Daniel Craig shaken and stirred. The actor, 50, is proving yet again that he’s Dad of the Year by carrying his daughter through security at JFK airport in New York City, just days after Piers Morgan mocked him for doting on his little girl. Whatever! Anyone who has ever been to JFK knows how seriously impressive it is to successfully get a sleeping newborn through that chaos!

While Daniel seems to adore new parenthood, it’s clearly interfering with his sleep and well-being like it would with any new parent! With his disheveled hair, unbrushed mustache, and his  total dad outfit  — a flat cap, rumpled jeans, and sweater vest — it’s possible that we may not have even recognized him if we saw him at the airport! A six-week-old baby will do that to you. See the wild pics of Daniel Craig at the airport HERE.

The photos of Daniel on daddy duty come four days after Piers’ rude tweeted suggesting he was “emasculated” by carrying his daughter in a baby carrier on his chest. “Oh 007.. not you as well?!!!,” he tweeted. The ludicrous claim sparked a flurry of tweets back at the Mail Sunday columnist showing tons of dads carrying their children. Seriously; who would think there’s anything wrong with a father actually spending time with their kids?

Daniel and wife Rachel Weiz, 48, welcomed their daughter into the world in August. They have yet to publicly release her name, but we’re sure it’s something adorable. Daniel has a 26-year-old daughter from a previous marriage, so it’s definitely been a minute since he’s had to do the whole baby thing. We think he’s doing a fabulous job!