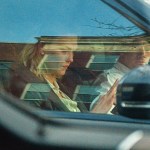 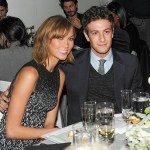 Even though Taylor Swift missed Karlie Kloss’ wedding to Joshua Kushner on Oct. 18, she still showed her love to the couple in a public way. See how here!

When Karlie Kloss secretly got married to Joshua Kushner on Oct. 18, one of her best pals, Taylor Swift, was literally across the globe in Australia. But just because Tay couldn’t make it to the wedding due to her busy schedule, doesn’t mean she didn’t let Karlie know she was thinking of her — she even made sure to ‘like’ Karlie’s photo from the nuptials on Instagram to send her love! Let’s be real: She probably reached out privately, as well, but an Instagram like is very telling, especially since there’s been rumors over the last few years that the ladies aren’t even friends anymore.

Karlie and Taylor have done their best to combat the rumors. In fact, the supermodel sat VIP and went backstage at Taylor’s Nashville Reputation tour stop over the summer! Then, in an interview with Vogue that came out just earlier this month, Karlie confirmed, “Don’t worry, Taylor and I are still really good friends.” Phew! Plus, Taylor has made a point to not follow anyone on Instagram, so the fact that she went out of her way to ‘like’ Karlie’s wedding photo says a lot!

Karlie and Josh’s surprise wedding came just three months after their July engagement. The Jewish ceremony took place in upstate New York, and was only attended by 80 of the pair’s closest family and friends. Clearly, this was a small and exclusive affair, so it’s unclear if Taylor even received an invite. Hopefully the ladies will be able to celebrate when Taylor’s back in the States.

The 28-year-old’s trip Down Under marks the start of the Australian/New Zealand leg of her Reputation tour, which kicks off Oct. 19 and doesn’t wrap until Nov. 9. After that, Taylor heads to Japan for two shows in Tokyo on Nov. 20 and 21.