Looking good, Melissa McCarthy! While on the red carpet of the London premiere of her new movie, ‘Can You Ever Forgive Me?’, Melissa showed off her incredible weight loss in a glamorous pink gown!

She’s equal parts hilarious and glamorous. Melissa McCarthy, 48, was a stunning vision in pink and white when she walked the red carpet for the London premiere of her new critically-acclaimed movie, Can You Ever Forgive Me?. After an amazing transformation, which saw her lose up to 75 lbs., Melissa has been on top of the world. She was practically glowing at the Oct. 19 premiere, and you would too if you both looked as good as her and were getting the reviews she is over her new flick.

This isn’t the first time that the world saw Melissa McCarthy’s amazing 75 lbs. weight loss, but it might be the most glamorous. She first debuted the slim figure earlier in 2018 with her movie, Life of the Party. Through a use of the “keto diet,” she was able to drop the weight. It wasn’t an overnight process, as she began her path to a healthier life in 2015. Ahead of her film Spy, she took up martial arts classes, which helped her “not be so nervous and rigid” about worrying over her weight. “It may be the best thing I’ve ever done.”

Speaking of transformative experiences, working on Can You Ever Forgive Me? sounds like it was different than any other film Melissa worked on. “You work so hard on a movie. It’s like summer camp on steroids. You just fall in love with all these people,” she told MailOnline. “In this case I feel protective of Lee [Israel] and Jack and their story. When you feel like you’re really connecting to the film, it’s all you can really hope for.”

“Personally, more people knowing who Lee Israel was, picking up her books, reading and finding out what an amazing writer she was, is really exciting to me. That means the most to me,” she adds. 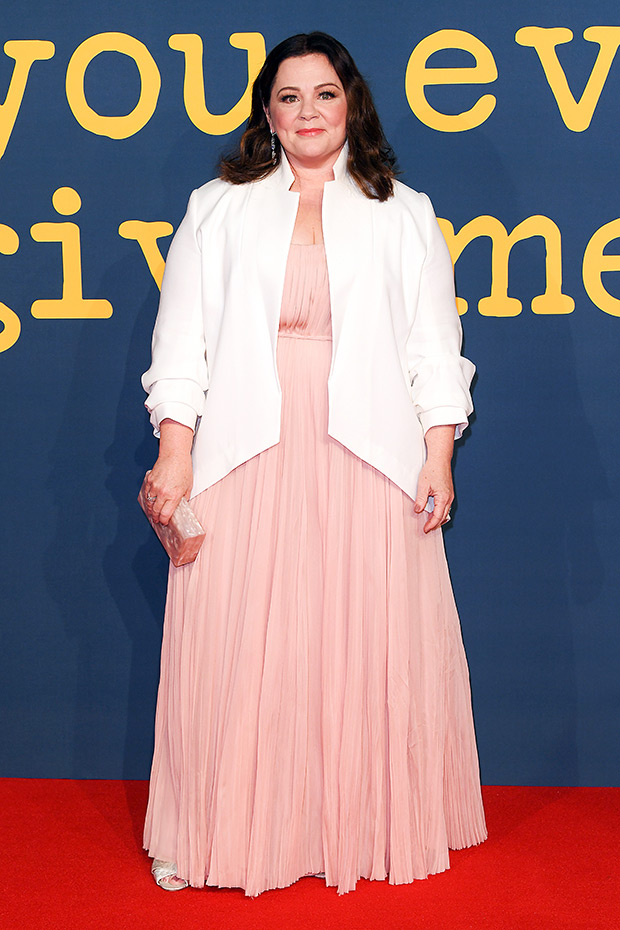 Currently sitting at 87 on Metacritic and Certified Fresh with a 98% on Rotten Tomatoes, Melissa’s new movie might be a game changer for the Bridesmaids star. “McCarthy is a marvel, a complete revelation,” Deadline’s Pete Hammond wrote. “[Richard E. Grant] and McCarthy are terrific together and, if there is any justice, both deserve Oscar nominations.” Just imagine the elegant gown Melissa will wear if she goes to the Oscars, and just how great she will look when she raises the statuette for Best Actress?