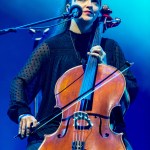 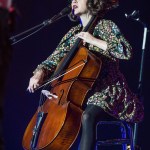 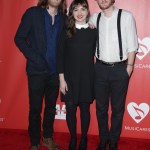 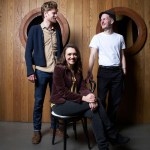 Who is Neyla Pekarek? Here’s the rundown on the cellist who made a shocking exit from The Lumineers, announced on Oct. 18. Find out why she left and the other career path she almost took, here!

The Lumineers is losing its one female member after the departure of Neyla Pekarek, 32. She’s been with the folk band for eight years, but there are no hurt feelings! The Lumineers, founded by Wesley Schultz and Jeremiah Fraites, tweeted a bittersweet but poetic statement to break the news on Oct. 18. Before the other members wished Neyla “nothing but the best,” they wrote, “A band is like an organism- it grows, changes & evolves. These changes aren’t easy but are an unavoidable part of life.” Here’s why Neyla left the group, which made Billboard’s Hot 100 for its hits “Ho Hey,” “Ophelia,” and “Stubborn Love.”

1. Neyla’s solo career is already underway. That’s right. She pulled a Zayn and Camila Cabello, and branched off for a solo career! Neyla has already signed with S-Curve Records, which will release her debut solo album Rattlesnake in 2019. Colorado icon Katherine McHale, aka Rattlesnake Kate — legendary for supposedly slaying 140 rattlesnakes — inspired Denver native Neyla, according to an interview she did with Westword in August. But Neyla will kick start her solo career with the single “Train” this year, and is set to perform at New York City’s Rockwood Music Hall on Nov. 13.

2. She joined the band because of a Craigslist ad. Every band has to start somewhere! Neyla included a nostalgic anecdote in the statement of her departure, writing, “Eight years ago, I answered a Craigslist ad to be in a band. In those eight years, we were nominated for two Grammys, we met President Obama, and we saw just about every dark, dingy green room this big, beautiful planet has to offer.”

3. Neyla studied to be a teacher. She attended the University of Northern Colorado in Greenley for musical theater and music education, but skipped on her original plans to join The Lumineers. Her parents weren’t too ecstatic! “They were not excited about it, partly because I had just paid all this money to get an education to be a teacher,” the cellist revealed to Westword. “I graduated during the recession, and there were no teaching jobs. I didn’t think this would really be a long-term endeavor, and I think they thought I would grow out of it, too. It just turned out that the band ended up being a more practical job than teaching, at least at the time.”

4. Neyla started playing the cello at 9 years old. “I played in the school orchestra,” she shared with Teen Vogue in a 2013 interview. “I don’t even know why I was drawn to it, but it was something that came pretty naturally.”

5. Neyla just had her wedding! The cellist married another Colorado native, and shared pictures of the ceremony to her Instagram on Sept. 24. They escaped to Paris, France for their honeymoon.