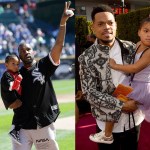 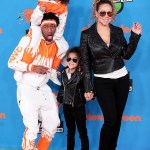 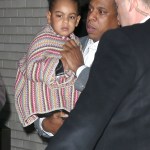 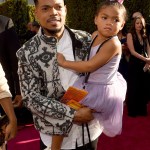 While they may be well-known for their rhymes, these rappers are dads behind the scenes! Take a look at sweet shots they’ve taken with their kids. It doesn’t get any cuter than this!

When they aren’t working on their music, these mega-talented rappers have little ones to take care of — and they aren’t afraid to show them off! While some guys in the industry keep their personal lives on the DL, other devoted dads like T.I., 38, and Chris Brown, 29, share shots with their babies on social media. In fact, those  two rappers in particular even have separate Instagram accounts for their daughters! But our favorite photos of these tiny tykes are the ones that feature the father/daughter pairs. From T.I. cuddling up to Heiress, 2, under the covers in an adorable sleeping pic to Chris Brown hugging Royalty, 4, with matching grins, we can’t get enough!

These dads aren’t the only ones in the rap game who have warmed our hearts hanging with their kids — but not all of them do it on Instagram. DJ Khaled, 42, has brought his son Asahd, 1, to the red carpet multiple times in the past. They’ve even matched, just like Nick Cannon, 38, and his son Moroccan, 7, like to do at the Kids Choice Awards. Their most recent slime sweat suits were too cute! We just wish that every celeb dad would follow this example. Kanye West, 41, did something different that was just as sweet, though. He brought his son to a Chicago Cubs game in September to help him throw the first pitch! In addition to giving baseball a shot, the father/son pair even hugged on the mound and posed for pics with players.

So get ready to smile because these shots of rapper dads and their kids in the gallery above just get cuter and cuter with each click!