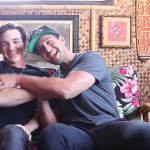 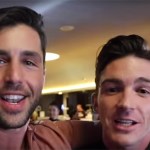 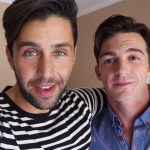 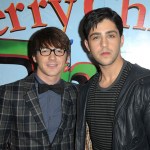 More than a decade after the last episode of ‘Drake & Josh,’ Miranda Cosgrove reunited with her television brother, Josh Peck, in a heartwarming video that hit fans right in the feels.

Nickelodeon kids got a face full of nostalgia on Oct. 18, thanks to YouTube star David Dobrik, 22. The vlogger and obvious Drake & Josh fan figured that, just for fun, he would try to get Megan Parker and Josh Nichols – aka Miranda Cosgrove, 25, and Josh Peck, 31, — in the same room for the first time in a long time. “I haven’t seen Josh in four years? five years?” Miranda told David ahead of the heartwarming stunt. Five years? The final episode aired in September 2007, so this reunion was long overdue.

How did David pull it off? Well, Josh and his wife Paige O’Brien, 27, announced he was expecting a baby in August 2018, and that gave David an idea. He presented Josh with a present – a baby activity gym – and while Josh was grateful for the gift, he remained suspicious. “I feel like there’s a catch coming,” Josh said, as he clearly had watched some of David’s prank videos before coming over. Indeed, there was a catch. “It’s actually not from me. It’s from your sister.” Out came Miranda!

“Why you look like a grownup?” Josh said, excited to see Miranda after all these years. After a quick chat, in which Josh apologized for not inviting Miranda to his wedding (“Thanks for not tweeting about it.”) she gave him another present. As for what this second gift was, you’ll just have to watch the video to find out. Here’s a hint: Josh ends up cursing Megan’s name. Needless to say, fans of the original show were going wild over this unexpected reunion between the two stars.

This is not the first Drake & Josh reunion that has happened in recent months. After Josh and Paige announced they were expecting, they decided to tell their friends and film their reaction. One such reaction featured Drake Bell, 32, the “Drake” in Drake & Josh. “Dude, this is so wild,” he says. “Are we that old. This is nuts. I’m so happy for you, man.” It seems that time does heal all wounds. Similarly to how he snubbed Miranda, Josh didn’t invite Drake to his 2017 wedding – and Mr. Bell was not happy about it. Actually, he was a bit heartbroken, tweeting, “I’ll miss you brotha.” Fingers crossed that both Miranda and Drake are invited to the gender reveal or the baby shower. Or maybe they can film a one-shot special: Drake & Josh Have Kids.