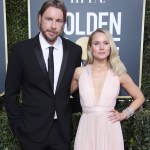 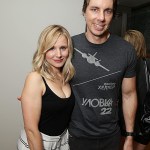 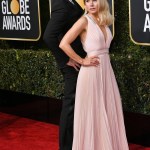 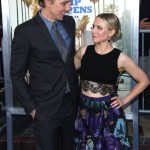 Kristen Bell is worried that ‘Snow White’ teaches kids that kissing without consent is ok and the Internet isn’t sure what to think. See the heated Twitter debate!

Kristen Bell may voice Disney princess Anna in Frozen, but she’s not fully comfortable with some of the older stories. In a new interview, the actress, 38, opened up about how she questions certain storylines when she reads fairytales to her two daughters, Lincoln, 5, and Delta, 3. “Every time we close Snow White I look at my girls and ask, ‘Don’t you think it’s weird that Snow White didn’t ask the old witch why she needed to eat the apple? Or where she got that apple?’ I say, ‘I would never take food from a stranger, would you?’ And my kids are like, ‘No!’ And I’m like, ‘Okay, I’m doing something right,'” she told Parents.

But accepting food from strangers isn’t the only aspect of Snow White that Bell questions after reading the tale to her girls. “Don’t you think that it’s weird that the prince kisses Snow White without her permission?” she said she has asked her daughters. “Because you can not kiss someone if they’re sleeping!”

While teaching children about consent is definitely a good idea, some people on Twitter thought that the Good Place star shouldn’t bring the discussion into story time. “I love @IMKristenBell and respect her opinion but honestly as a kid I didn’t think that deep about those movies haha and I believe most kids don’t notice those things. As adults yes we can see them, and they are a little weird but most kids don’t look that deep into movies,” @annemacfadyen wrote.

I adore @Disney films but @IMKristenBell is right these films have such power to influence young minds, I have grown to resent just how inappropriate the messaging is. They must take a bigger responsibility for how young people see and value themselves today https://t.co/UO1fnp4sXn

The Twitter user brings up an interesting point that children may not be thinking deeply about each message, but as Bell said in her interview, she can see her children absorbing the material as they read together every night. “It’s truly my favorite part of the day,” Kristen said. “I glance away from the book and see their brains working while we’re all cuddled up like meerkats.” (Also, since when is it wrong to use books kids love to teach them valuable life lessons? I’m just saying!)

Other Twitter users agreed with Bell that some of the storylines in the older fairytales didn’t age well. “I adore @Disney films but @IMKristenBell is right these films have such power to influence young minds, I have grown to resent just how inappropriate the messaging is. They must take a bigger responsibility for how young people see and value themselves today,” @SophieChocLady wrote.

Some fans also pointed out how Snow White isn’t the only Disney film that features questionable content. “I think The Little Mermaid teaches wrong values: girl gives up her voice to get legs to hook a boy she’s never met – using only her looks! Also, unless he marries her right away, an evil witch gets the entire ‘under the sea’ kingdom. Worst. Deal. Ever,” @esqonfire tweeted. True that!