Even if you don’t know Caroll Spinney’s name, you’re definitely familiar with the puppets he played! Here are five facts about the talented puppeteer at the end of his 50-year ‘Sesame Street’ career.

It’s the end of an era! Caroll Spinney, 84, has been a Sesame Street puppeteer since 1969, bringing the beloved characters Big Bird and Oscar the Grouch to life — but he announced his retirement on Oct. 17. “Big Bird brought me so many places, opened my mind and nurtured my soul,” Caroll said in a statement. “And I plan to be an ambassador for Sesame Workshop for many years to come. After all, we’re a family! But now it’s time for two performers that I have worked with and respected — and actually hand-picked for the guardianship of Big Bird and Oscar the Grouch — to take my alter-egos into their hands and continue to give them life.” Here are five facts about the puppeteer relinquishing his roles!

1. He’s one of the only remaining original cast members.  That’s right, Caroll was part of the Sesame Street cast back when it premiered in 1969, and he’s been with them ever since. Talk about a successful career! In addition to his two main puppets, he has also brought Baby Monster, Granny Bird and Bruno the Trash Man to life. So how did he snag this position of a lifetime? He impressed Jim Henson, 53, at a puppeteering festival in 1962 and again in 1969. He almost quit when the first season wrapped because he wasn’t being paid enough, but Kermit Love got Caroll to stay.

2. Caroll met his wife on the set of Sesame Street. Caroll didn’t just find a career on Sesame Street — he found love! The puppeteer proposed to Debra Jean Gilroy, who he met on set, after thirteen days of dating. They tied the knot in 1979 and are still happily married. Debra wasn’t Caroll’s first wife, though. Before joining Sesame Street, he married Janice Spiney in 1960. The couple had three kids together before their 1971 divorce. 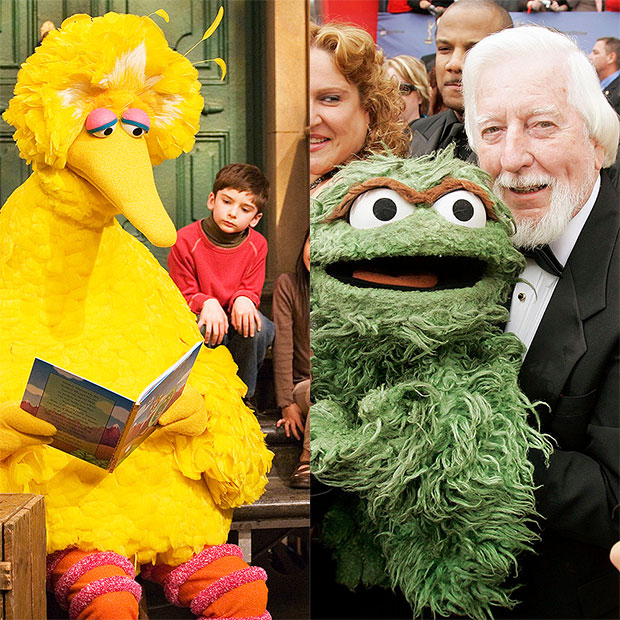 3. He is a cartoonist. A man of many talents! After graduating from high school, Caroll spent some time in the U.S. Air Force where he developed a military life comic strip. But Harvey wasn’t his only comic! The multi-talented man also wrote and illustrated Crazy Crayon.

4. Caroll has won many awards. Not many puppeteers can say they’ve got four Emmy Awards and two Grammys at home, right? There’s no doubt that Caroll has had a seriously successful career.

5. He passed his characters on to talented puppeteers. Just because Caroll is retiring doesn’t mean Oscar the Grouch and Big Bird are going anywhere. In fact, the puppeteer hand picked his replacements! Eric Jacobson will be taking over Oscar the Grouch, while Matt Vogel will perform Big Bird. Both men have worked with Sesame Street before, playing parts such as Count von Count, Grover, Bert and Guy Smiley.