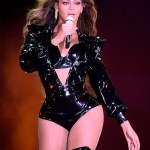 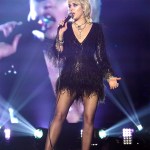 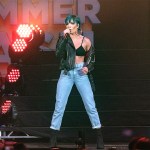 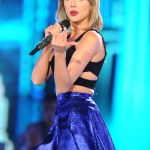 Taylor wants her Swifties to hit the polls! For the second time, the singer has spoken out about politics, in an important call-to-action post for fans.

Taylor Swift, 28, is officially a political queen. For the second time in two weeks, she has uncharacteristically gotten political on social media, and this time, she’s imparting some wisdom for her youngest fans. In a patriotic Oct. 17 Instagram post, Tay rocks red, white, and blue toe nail polish, as she shares a vital message for her followers. “Something I wish I knew about when I was 18 and voting for the first time: ✨EARLY VOTING✨. It makes it so quick and easy to go and cast your vote before November 6. Early voting starts TODAY in Tennessee and goes to Nov 1 🇺🇸,” she wrote in her caption.

This isn’t the first time Taylor has gotten vocal about politics lately! On Oct. 7, she spoke out on social media, which marked the first time she had ever publicly commented on her political beliefs. In a lengthy post, the singer revealed why she won’t be voting for Tennessee’s Republican Senate candidate, Marsha Blackburn this fall. Taylor explained that while wants to support having a woman in office, she simply does not agree with Marsha’s values or political stance. Instead, she endorsed Phil Bredesen for Senate, and Jim Cooper for the House of Representatives. She also explained why she waited so long to speak out. “In the past I’ve been reluctant to publicly voice my political opinions, but due to several events in my life and in the world in the past two years, I feel very differently about that now,” she wrote.

It’s about time though! Taylor has already had a massive impact on voter registration numbers. Numbers spiked big time following her comments, according to Vote.Org. “We are up to 65,000 registrations in a single 24-hour period since T. Swift’s post, Kamari Guthrie, director of communications for the nonprofit site, wrote. Good work, Tay!

Something I wish I knew about when I was 18 and voting for the first time: ✨EARLY VOTING✨. It makes it so quick and easy to go and cast your vote before November 6. Early voting starts TODAY in Tennessee and goes to Nov 1 🇺🇸 You can check out your state’s early voting dates at the link in my bio

T-Swift isn’t the only star who’s rallying fans to vote! Amber Rose, Bella Thorne, and more of today’s biggest celebs have expressed the importance of hitting the polls as well. “You have to think with your mind. I don’t know if a celebrity on social media can change your mind and have you vote. But go fucking vote! I don’t know if me saying go vote makes a huge difference, but I think if you want to vote, you will vote because there are people that believe in not doing anything and then there are people who have reasons not to vote or reasons to go out and vote” Bella shared with HollywoodLife EXCLUSIVELY.