Nicky Pearson will be making his debut on the Oct. 16 episode of ‘This Is Us.’ In brand-new photos from the episode, we get a first glimpse at Jack and Nicky’s dynamic.

Who was Jack Pearson (Milo Ventimiglia) before he met Rebecca (Mandy Moore)? That’s what the Oct. 16 episode of This Is Us is going to reveal. The series will travel back in the past once again to Jack’s days before and during Vietnam War. This Is Us will also peel back the layers on Jack’s mysterious brother, Nicky (Michael Angarano), who died in the Vietnam War. The synopsis for the episode reads, “A young Jack makes a decision that will impact the course of his life.”

Nicky looks like the complete opposite of young Jack in the brand-new photos from the episode. While Jack is clean shaven with his hair slicked back, Nicky has long hair, a beard, and glasses. Nicky seems laid back, while Jack is a little more serious. The circumstances surrounding Nicky’s death have been a mystery to fans so far. Jack loved his brother fiercely, and the loss of Nicky changed Jack’s life forever. In the flashbacks that we’ve seen, Jack has barely talked about what happened in Vietnam. The memories are simply too painful. 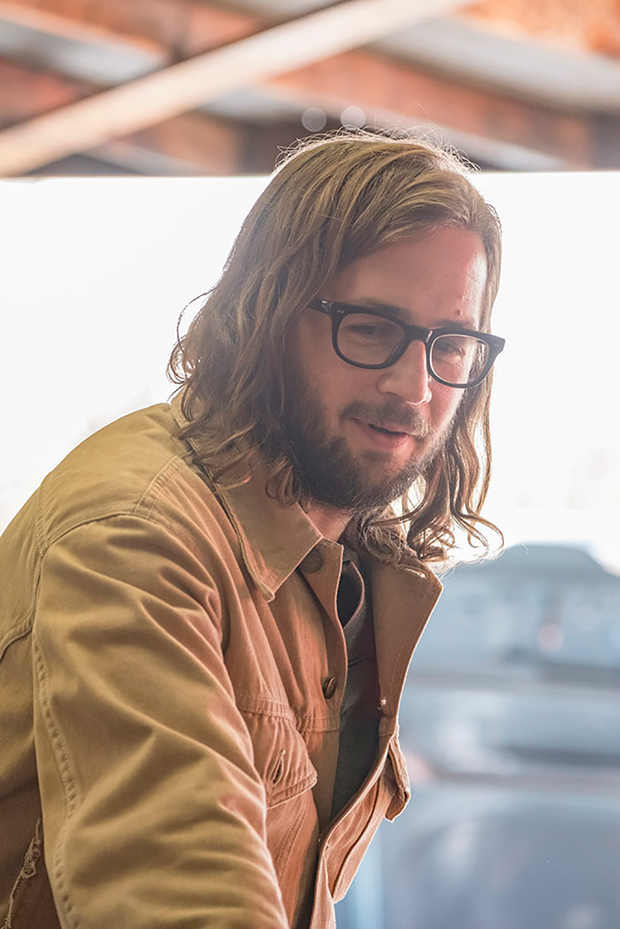 Milo revealed new details about Jack’s brother in a recent interview. “The first time we see him on camera is going to paint a pretty clear picture of what his demons are, and what his struggles in life are,” Milo told EW. “But just like classic This Is Us, we’re going to bounce around in time and see a greater look at a new Pearson.” There are theories out there that claim Nicky didn’t actually die in the war. All will be revealed in the Oct. 15 episode! This Is Us season 3 airs Tuesdays at 9 p.m. on NBC.