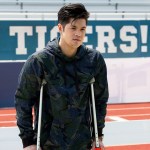 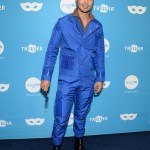 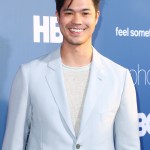 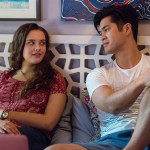 Ross Butler has reportedly come forward with his side of the story. Frances Bean Cobain’s Ex, Isaiah Silva, sued the ’13 Reasons Why’ star earlier this year for attempted murder and more…all allegedly for Kurt Cobain’s guitar.

Ross Butler, 28, is reportedly insisting he was never in on Courtney Love’s alleged conspiracy to steal back Kurt Cobain’s 1959 D-18E Martin guitar, which supposedly landed in the arms of her former son-in-law, Isaiah Silva. Ross, who stars on 13 Reasons Why and Riverdale, wants the lawsuit dropped entirely, according to The Blast on Oct. 16. Isaiah, who split from Courtney and Kurt’s only child Frances Bean, 26, in 2017, sued Ross, along with John Nazarian and Sam Lufti (Love’s manager), for “unspecified damages” after they allegedly tried to retrieve Kurt’s guitar on Love’s behalf on June 3, 2016. In Isaiah’s detailed lawsuit, which came forward in May of 2018, he claimed the three men “burglarized, robbed, assaulted, sexually battered, kidnapped and attempted to murder him at his West Hollywood home,” according to the original report from TMZ. Trying to clear his name, Ross reportedly gave a play-by-play of what happened on that night, which supposedly started as a friendly check-in on Frances and Isaiah!

Keep in mind that the following series of events are told according to the court documents The Blast claimed to have obtained: Lufti, one of the men being accused, picked up Ross to check on Isaiah and Frances at Isaiah’s West Hollywood home, Ross’ side of the story began. Lufti was worried because the former couple “had gone silent after sending him some troubling text messages,” Ross claimed. “Mr. Lutfi explained that he wanted to make sure that the two were okay.” After pulling up outside the residence, Ross recalled sheets were covering the windows, but him and Lufti knocked anyways. Isaiah answered and invited the pair inside. “I then entered the house and was greeted calmly and amicably by Silva…Silva was frail, emaciated and had a terrible odor. The house was also messy and had a bad odor,” Ross had reportedly written in the court documents.

The account then said it was another man, not Isaiah, who called the police. Ross claimed Frances’ ex-husband actually told the man he knew Lufti and Ross, the men he’s now accusing. The police came but dismissed everyone, so Ross was “shocked” that Isaiah sued him. “I never entered into a conspiracy or otherwise agreed to commit any crime against Silva. I never conspired with anyone else to murder or kidnap Silva…or take possession of a guitar that Silva claims Ms. Cobain gave to him as a gift,” Ross continued to allege. The guitar under question was played at Kurt’s legendary MTV Unplugged performance in 1993. Ross also reportedly insisted he had “no communications with Defendant Courtney Love Cobain at any time concerning the purported events.”

As we’ve told you before, the Netflix star knew Love through a friend. “A good friend of mine is her manager,” Butler told Vulture. “I met him [through a mutual friend] when I moved to L.A. and he was like, ‘Hey, do you wanna meet Courtney Love?’ and I said sure. She and I just clicked really well. She’s super educated, like a walking encyclopedia. She’s just decided to keep me around, and has been my mentor and my big sister ever since.” But he’s not her hit man, as Ross is now claiming in the report!

HollywoodLife has reached out to Ross Butler’s rep for a comment.