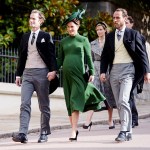 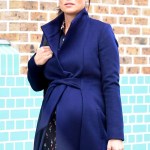 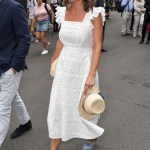 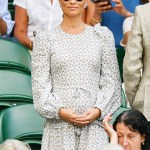 Hooray! There are so many adorable babies in this royal fam that we can barely keep track of them all — but we wouldn’t want it any other way. We can’t wait to find out more about Pippa and James’ newest little addition!

It looks like congratulations are in order for Pippa Middleton, 34, and hubby James Matthews, 42, thanks to this extra exciting announcement — they just welcomed their first baby to the world! And if that news doesn’t make your day, we honestly don’t know what will. The Daily Mail‘s royal correspondent Rebecca English broke the news that the pair welcomed a baby boy on Oct. 15 at 1:58PM, and we haven’t been this excited since Kate Middleton and Prince William introduced little Prince Louis back in April. She revealed that the baby weighed in at 8 lbs, 9 oz, and mother and baby are doing well! Pippa and James have only been married since May of last year and announced they were expecting eleven months later. Now, we have to start our Meghan Markle & Prince Harry Royal Baby watch!

We’ve been anxiously awaiting this announcement ever since Pippa’s pregnancy was confirmed, and each adorable baby bump pic of her out and about has only made the suspense worse. While new rumors about whether or not she was expecting had been emerging on a monthly basis, we all knew that her pregnancy was the real deal when she sported a tiny baby bump to Meghan and Harry’s royal wedding. Not even her pink fascinator could distract from what her floral mint green dress made perfectly clear — a baby was on the way! Pippa and James just attended the wedding of Princess Eugenie on Oct. 12, where she was all smiles showing off her growing bump in a green dress. Who knew that just a few days later she’d be giving birth?! We can stop obsessing over every new photo of the soon-to-be momma in a sundress and start looking out for pics of Prince George, Princess Charlotte and Prince Louis hanging with their newborn cousin.

For now, we’re just sending our congrats across the pond because we couldn’t be happier for Pippa and James. Such a major milestone for the couple! Too soon to ask them when they’ll be trying for another?