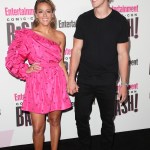 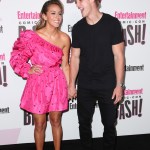 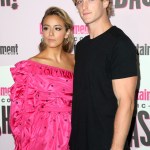 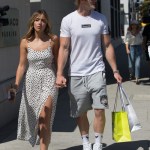 Oh no! YouTube star Logan Paul and Marvel actress Chloe Bennet are no longer an item, according to a report that surfaced on Oct. 16. Here’s why they supposedly called their romance quits.

YouTube’s most controversial vlogger is single again. Logan Paul, 23, is no longer dating Agents of S.H.I.E.L.D. star Chloe Bennet, 26, according to Just Jared on Oct. 16. The outlet further claimed the breakup took place “over a month ago” but was “amicable.” They went public with their relationship in July, but Logan has suggested they dated even longer after writing on Instagram in August, “Thanks for putting up with me these last three months.” So why did they split? “Chloe and Logan weirdly worked and they still very much love each other but their lives aren’t compatible right now. They’re taking time to just focus on themselves,” one of the outlet’s sources claimed. Another source said of the duo, “Logan and Chloe had a very fun and strange dynamic that honestly worked really well for awhile. When it was just the two of them, there was no one else in the room.”

News of their supposed breakup is almost as shocking than the relationship itself! Chloe gushed about Logan on social media when many had used the same platform to attack him. Recall that Logan filmed a dead body in Japan’s Aokigahara forest, AKA “suicide forest,” and uploaded it to YouTube on Dec. 31, 2017. But the hate towards the YouTuber, who has roughly 18 million subscribers, didn’t stop there. “Hey @chloebennet I’m seeing rumors you are dating l*gan p*ul? just wondering why you would do that,” a fan tweeted at Chloe on July 11, referring to Logan’s alleged “anti-Asian racisms” as he later pointed out. Logan was also slammed for another vlog from the Japan trip, which featured him tossing Pokéballs at bystanders, among other antics. Chloe, who is Chinese-American, replied to the Twitter user, “Cause he’s kind, creative, funny, vibrantly curious about life, weird as f**k in all the best ways, a big dork, and he’s one of my best friends. It doesn’t make sense to a lot of people, but it doesn’t have too. He’s changed my life for the better and I’ve done the same for him.”

Logan had also praised the actress, whom he met on the set of their movie Valley Girl, for not jumping on the “I Hate Logan Paul” bandwagon, as he called it. “One of the MANY reasons i love Chloe: over the past year she’s experienced ALL my ups & all my downs. and as most of you know… mainly downs 😂,” he wrote in an Instagram photo of them two on July 17. “BUT. she never turned her back on me, she didn’t publicly shame me, and she didn’t hop on the ‘I Hate Logan Paul’ bandwagon.”

i never thought it was possible but this girl has won my heart 🍆❤️🍑 one of the MANY reasons i love Chloe: over the past year she’s experienced ALL my ups & all my downs. and as most of you know... mainly downs 😂 BUT. she never turned her back on me, she didn’t publicly shame me, and she didn’t hop on the “I Hate Logan Paul” bandwagon... Instead, she stuck her neck out for me, risked her career and personal friendships, and chose to help me grow as a human being & educate me on how to use my platform more responsibly... WHICHHHH all allowed me to learn from my mistakes, because she saw something special in me - and to anyone giving her a hard time, please do not hold Chloe accountable for MY actions in the past; instead recognize her efforts to help me become a better man & do good on this floating rock. That’s a queen right there. My queen 👑🍑 love ya girlfriend sorry for being cheesy AFFF @ChloeBennet #Chlogan

Logan last posted a photo with Chloe on Sept. 6, showing off their pet pig, Pearl Bingbing. The former lovers are no longer following one another on Instagram. HollywoodLife has reached out to Logan and Chloe’s reps.