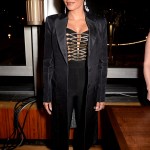 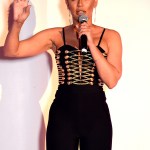 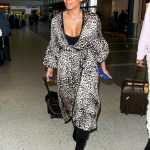 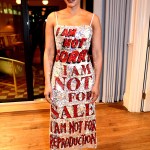 Mel B drops so many bombs in her draft for her upcoming book! The Spice Girls star admits to attempting suicide, wanting threesomes and getting vaginal rejuvenation surgery!

Well, this is shocking to hear. In a early draft of her upcoming book obtained by the Daily Mail, Mel B claims that at one low point during her marriage to Stephen Belafonte, she tried swallowing 200 aspirin pills. She allegedly wrote, “As each pill goes into my mouth, I ask myself, ‘Are you sure?’ And I take another one. Ten, twenty, fifty. One hundred. ‘Are you sure?'”

On top of all admitting that having threesomes with Stephen was her idea, she also discussed her relationship with Eddie Murphy, and getting a vaginal rejuvenation surgery as a way to get over her divorce. In describing her life around the time she committed suicide, she wrote, “I was at rock bottom…I was exhausted, worn down by seven years of constant emotional abuse, mind games, degradation, threats and sexual exploitation. I was drinking too much – wine, vodka, tequila – and had lost all self-respect. I was lost.”

Meanwhile, Mel B was recently romantically linked to Zac Efron recently, after reportedly matching on a super exclusive dating app. “He ended up driving over to her pad. They hit it off and spent a few enjoyable hours together,” a source close to Mel told The Sun. “It wasn’t exactly a meeting of minds. Neither saw it as long-term, but there was chemistry there.”

We reported earlier in August how Mel B admitted she was going to seek rehab for alcohol, sex addiction and post-traumatic stress disorder .“The past six months have been incredibly difficult for me,” she told The Sun. “I’ve been working with a writer on my book, Brutally Honest, and it has been unbelievably traumatic reliving an emotionally abusive relationship and confronting so many massive issues in my life. I am being very honest about drinking to numb my pain but that is just a way a lot of people mask what is really going on. Sometimes it is too hard to cope with all the emotions I feel. But the problem has never been about sex or alcohol — it is underneath all that.”