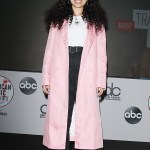 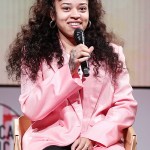 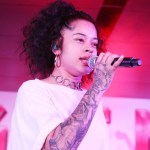 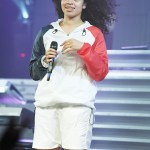 Ella Mai’s self-titled debut album is finally here! So plug in your headphones, find a place to chill — and while you’re at it, learn five key facts about the talented singer, right here.

You know about her feud with Jacquees, but do you really know Ella Mai? The R&B breakout star, 23, is living her best life right now, with songs like “Trip” and “Boo’d Up” climbing the charts. Her debut album, the self-titled Ella Mai, dropped on October 12, and we were eager to learn more about this talented woman while jamming out to it. Here are five facts you should know about Ella!

1. She’s a sure contender for Best New Artist at the Grammys. Ella Mai is all anyone can talk about right now. The soulful R&B singer, who’s cited singers like Lauryn Hill and Mariah Carey as her influences, has a sound that’s all her own. Her music, including breakout hits like “Trip” and “Boo’d Up”, “is about a feeling,” she said in an interview with Billboard Magazine. While her debut album, Ella Mai, was released too late to qualify for the next Grammy Awards, her multiple singles and EPs could gain her a place in the Best New Artist Category, alongside other expected contenders like Dua Lipa!

2. She was discovered on Instagram by DJ Mustard. You read that right! Before being scooped up by Interscope Records, Ella was showing off her impressive voice on Instagram. DJ Mustard took notice and helped start her career.

3. She’s feuding with Jacquees over “Trip”. This is the feud that never ends! Shortly after Ella released her jam “Trip”, rapper Jacquees dropped a remix that reimagined the sweet song with raunchy lyrics. The remix was getting major attention until suddenly — it disappeared online. While Ella’s camp hasn’t confirmed it, the singer reportedly sent Jacquees a cease and desist to take the song down. Disgruntled fans said it was because his version was getting more traction than her original.

4. She once competed on X Factor. Years before she had breakout success as a solo artist, Ella was just another X Factor contestant. She competed in 2014 as part of the trio Arize, but they never got past the initial audition for judges. The group eventually broke up, and here we are!

5. She’s cited major R&B superstars as her heroes and inspiration. If you want a glimpse into Ella’s mind while creating her music, look to her heroes. Ella has cited bigwigs like Lauryn Hill, Chris Brown, Brandy, Destiny’s Child, Alicia Keys, and Mariah Carey as her musical influences in multiple interviews. And it shows. She was once described by Vibe as having “perception of the powerful emotion is kindred to R&B heartthrobs of the ‘90s, who flooded the radio airwaves with soulful ballads, baby-making tunes, and heart-wrenching break-up anthems.”