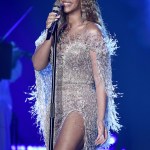 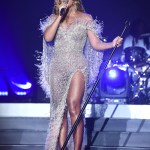 It was all about Beyonce at the City of Hope Gala on Oct. 11! The singer hit the stage for an epic performance, and showed some major skin in her feathered dress.

Well hello there, Beyonce! The singer has been on the road with her hubby, JAY-Z, for months, but she gave a solo performance at the City of Hope Gala on Oct. 11. As always, Bey looked like a total queen onstage. While she belted out some of her biggest hits, she rocked a glistening, feathered gown, which featured a daringly high leg slit. The ensemble allowed Beyonce to put her toned left leg on full display, and she made sure to pop it out so it was front and center as she performed! To complete the look, she wore glittering eye shadow, and her hair parted down the middle in curls.

The star-studded event, which raised money for cancer research, was attended by tons of other big name celebrities, as well. Of course, Jay was there to support his lady, but he also took the stage to give a speech and hand out an award during the event. Meanwhile, stars like Tiffany Haddish, Bebe Rexha, Rita Ora, Wiz Khalifa, Kelly Rowland and plenty of others also walked the red carpet, and everyone looked fabulous!

Beyonce and Jay just wrapped up their On The Run II tour earlier this week, and she celebrated by sharing a gushing tribute to him on Instagram. “To Shawn Carter, my Clyde, my best friend,” Bey wrote. “This journey on OTR2 has been a highlight of my life. Thank you or every moment. I’ll be your hype man any day!” 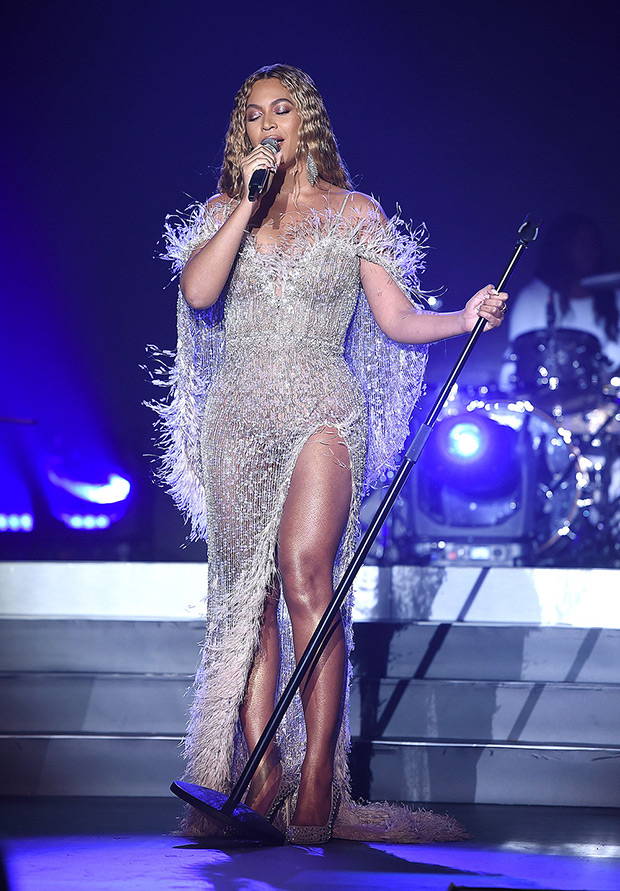 It’s hard to believe that it was just two and a half years ago when Beyonce released her scathing album, Lemonade, in which she exposed Jay for cheating on her (he later admitted to this). Look how far they’ve come!