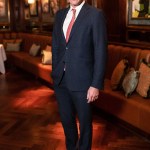 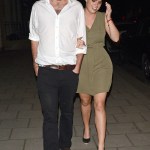 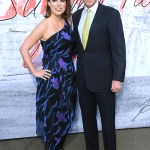 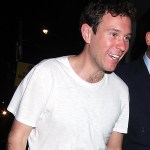 We have another royal wedding this weekend, this time for the Queen’s granddaughter Princess Eugenie, who is marrying businessman, Jack Brooksbank. Here’s everything you need to know about the groom-to-be!

How exciting! Princess Eugenie and Jack Brooksbank have everyone on their toes and ready for another royal wedding, as they prepare for their nuptials on Saturday, October 12. The pair were engaged on January 22, 2017 while vacationing in Nicaragua and will be married, with the Queen’s blessing, at St. George’s Chapel. The groom-to-be isn’t a royal, like Eugenie, but he’s just as interesting! Here’s everything to know about Jack Brooksbank!

1. Jack has some royal descendants!
Jack is a descendant of the Brooksbank baronets, according to The Telegraph. Baronets are one level below barons in the royal hierarchy.

2. Jack works for George Clooney and Rande Gerber!
Yup, George and Amal Clooney will be attending their second royal wedding of the year! (Jealous!) Jack is the UK Ambassador for George and Rande’s best-selling tequila brand, Casamigos. The groom even confirmed that wedding guests would be sipping specialty Casamigos cocktails, according to Sebastian Shakespeare for Daily Mail. ” I get to decide some things. I’m in charge of drinks and we’ll be serving Casamigos,” he said. But will George be pouring them, like he did at Harry & Meghan’s?

3. Jack skipped university and went right into the workforce.
The groom-to-be attended the private Stowe school in Buckinghamshire, England before forgoing university and entering the hospitality field. Jack’s first job was as a waiter at Chelsea’s Admiral Codrington pub and then the Markham Inn, which is actually where he first met Harry! At one point, he managed the popular nightclub, Mahiki. He left the club in 2010 to be a wine merchant, before becoming Casamigos’ UK Ambassador in 2016.

4. Jack met Princess Eugenie on a ski trip in Switzerland.
Jack and Eugenie started dating 7 years ago, according to The Guardian, when they met while skiing in Verbier. Eugenie’s parents co-own a home in the Swiss resort town. The pair dated long distance at the start of their relationship when Eugenie moved to NYC for her career.

5. Jack and Eugenie are apparently blood relatives (but very distant!)
So, Eugenie’s mom, Sarah Ferguson, Duchess of York, is the great great granddaughter of Lady Julia Coke, who is the daughter of Jack’s great great grandfather, Thomas Coke… Are you following? Essentially, these two are super distant cousins. But honestly, who isn’t these days?