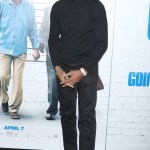 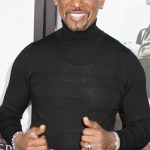 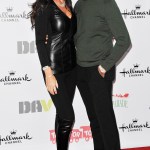 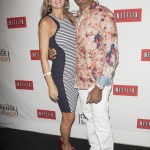 Montel Williams almost didn’t make it after suffering a massive stroke in May 2018. The former talk show host revealed in a new interview that it put him in the hospital for 21 DAYS — and almost killed him.

It was just a normal day at the gym for Montel Williams — until something went terribly wrong. ““I looked up and everything turned into kaleidoscope,” he told The Blast in an October 10 interview. He was doing dumbbell squats when he suddenly heard a “loud pop,” and couldn’t see. “I knew something was majorly wrong, so I forced myself to get to my room on the 14th floor and called my wife.” Montel’s wife, Tara Fowler, immediately called 911 and the couple’s fears were correct; Montel, 62, was suffering from a hemorrhagic stroke. “I almost died. I’m lucky to be alive,” he said.

Thanks to his wife’s quick actions, though, Montel managed to pull through. A special ambulance designed for stroke victims was sent to the hotel where they were staying, and he was able to get a critical CAT scan right there on the street! Without that test, he could have died before he got to the hospital. “I give all the credit to my wife,” Montel said. “She laid on the bed with me for all 21 days, sleeping at the hospital and staying there 18 hours a day. The only thing I remember for the first five days of the ICU is her saying. ‘I love you.’”

While he’s still recuperating and taking some medicine, Montel’s out of the hospital and says he’s nearly fully recovered. He’s “feeling great” and taking things slow, because the incident was “a wake-up call to go 100 percent, instead of the 300 percent I was working at.” Thank goodness he’s okay! Soon, he says, he’ll be off his medicine and better than ever.