As rumors of a Kendall Jenner and Anwar Hadid romance continue to make headlines, they did nothing to stop the speculation when they exited the same NYC hotel on Oct. 9. See the pics here!

Kendall Jenner and Anwar Hadid both attended Bella Hadid’s birthday bash in New York City on Oct. 9, but before the party, they were both photographed leaving the Greenwich hotel! Although the two made sure not to be photographed together, the sighting definitely adds fuel to the rumors that there’s something romantic going on between the two! Ever since she split from Ben Simmons, Kendall has been spending quite a bit of time with Anwar, and they’ve been spotted looking cozy on more than one occasion.

Of course, Kendall is best friends with Anwar’s sisters, Bella and Gigi Hadid, but several of their hangouts have gone down without the supermodel siblings in sight. In fact, just this weekend, Kendall and Anwar were seen hanging out with Kourtney Kardashian and HER rumored new man, Luka Sabbat. Still, HollywoodLife has EXCLUSIVELY heard that things are far from serious between Kendall and Anwar — in fact, she likes that he’s willing to just keep things casual for the time being.

Interestingly, the new pics of Kendall and Anwar at the same hotel come just days after HollywoodLife EXCLUSIVELY reported that the like to meet up in five-star hotel rooms to hookup. “They’ll leave the hottest parties to sneak off together for a private hotel pizza party,” our source dished. “Of course, there’s a lot more than just pizza on the menu!” 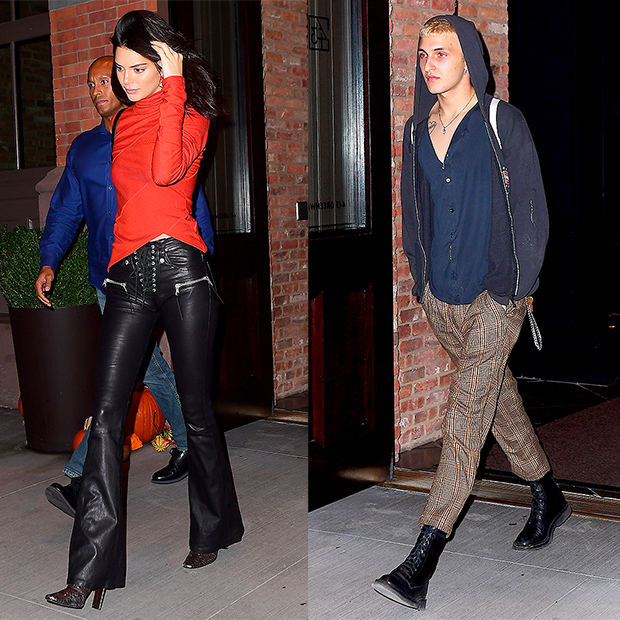 Kendall has never been one to openly dish on her relationships, so it’s no surprise that she’s kept quiet about this one, too, but the pictures do a whole lot of talking anyway!