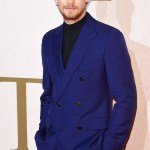 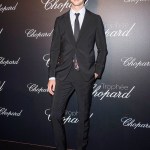 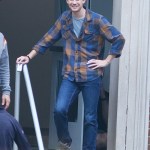 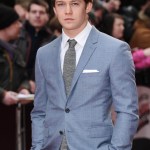 Joe Alwyn opened up about why he chooses to not put a spotlight on his private romance with his superstar girlfriend Taylor Swift, in a new honest interview with ‘GQ Magazine’.

Joe Alwyn, 27, set the record straight on why he refuses to go into details about his relationship with Taylor Swift, 28, in the Nov. issue of GQ Magazine. When asked about dating the singer, the British hunk explained that as an actor, he doesn’t feel like he needs to let anyone know about his personal life and prefers to only discuss topics that are related to his career. “Someone’s private life is by definition private,” he said in an honest interview with the publication. “No one is obliged to share their personal life.”

While his opinion on one’s personal life definitely made it clear he’s not about to give any information about his American love, he did have something to say about that headline-making cactus Instagram pic he posted back in May. The pic, which shows Joe standing next to a giant cactus in the desert of Arizona, was posted around the same time Taylor posted her own pic with the same cactus at the start of her Reputation Stadium tour. Fans went crazy thinking that it was a subtle hint from both Taylor and Joe to let people know they were spending time together in the same place, but Joe insisted that wasn’t his intention when he posted the snapshot. “I didn’t even think of that until I was in New York and someone else mentioned it,” he admitted. “It wasn’t purposeful at all!”

Although Joe and Taylor have been photographed together on multiple public outings, including dinner dates and hiking dates, they have never personally shared photos of themselves together. They still publicly but discreetly support each other in any way they can, however. Joe was seen at multiple concerts during Taylor’s Reputation Stadium Tour this past summer and Taylor recently slipped into the backdoor at the New York premiere of Joe’s latest film The Favourite.