Bernice Burgos couldn’t look Tiny in the eye during their confrontation at the BET Hip Hop Awards, but here’s hoping T.I. got a good look, as we’ve EXCLUSIVELY heard his ex-side chick dressed up for him!

For a brief flash, things got dramatic at the BET Hip Hop awards, as Tameka “Tiny” Harris, 43, and T.I., 38, had a run-in with Bernice Burgos, 38. That, as it turns out, was part of Bernice’s plan, as her outfit for the night was all for T.I. “Bernice chose her outfit for the BET Hip Hop awards with T.I. very much on her mind,” a friend of Bernice EXCLUSIVELY tells HollywoodLife.com. “She was bracing herself to see him and Tiny and it was extremely important to her that she look her absolutely sexiest. She knows exactly what turns T.I. on and she wanted to appeal to his exact taste.

“He loves her in tight short dresses that show off her perfect curves and she made sure to wear no bra,” the source tells HollywoodLife.com. “And the knee-high stilettos are one of T.I. weaknesses in the bedroom, Bernice knows exactly what he likes. She wanted to make sure he was drooling when he laid eyes on her. She’s not trying to get him back but she wants to make sure he feels sorry she’s not in his life.”

Tiny wasn’t feeling sorry after her run-in with Bernice. As the two crossed paths backstage, Bernice “wouldn’t make eye contact,” a source close to Tiny EXCLUSIVELY told HollywoodLife.com. After seeing T.I.’s former side chick’s reaction, especially with Tip by her side, Tiny felt like she was on top of the world. By flaunting her marriage in front of Bernice, Tiny essentially got in the last word in on the matter, establishing that when it comes to T.I.’s heart, there is no other. It doesn’t matter what Bernice wears (or doesn’t wear.) 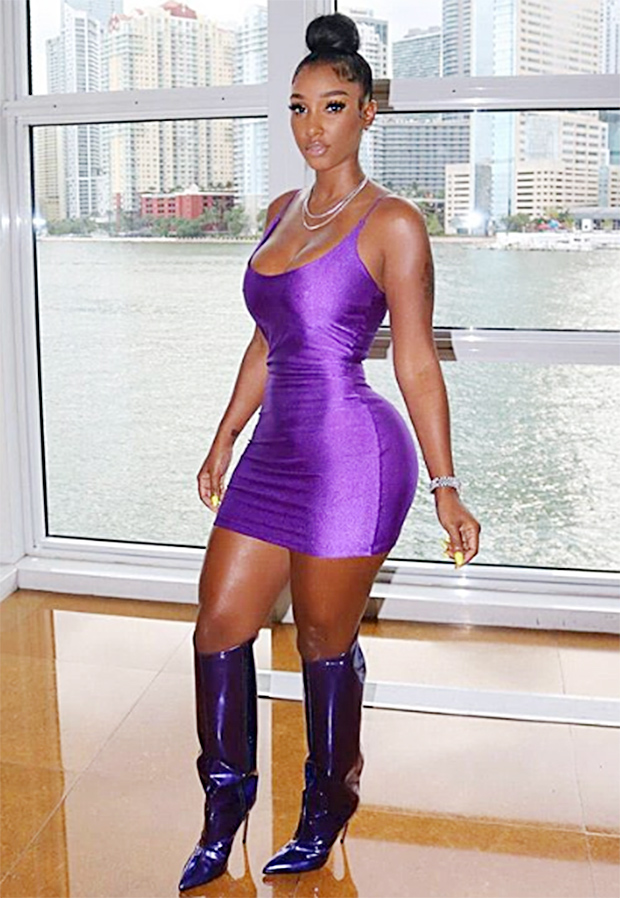 The Xscape singer made that perfectly clear with the Instagram post she shared on T.I.’s birthday. “You already know what’s up with me so I’ll #SayLess Happy 38th birthday to My personal Sex Symbol … Mr. Harris… MajorLove frm THE ONE & ONLY Mrs. H,” she wrote, captioning a video of her and T.I. in a pool together. As it turns out, in addition to being a loving message to her hubby, this was also a message to any woman thinking about sliding into Tip’s DMs.