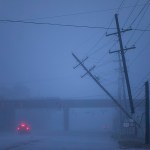 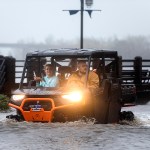 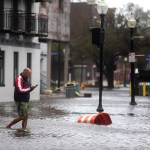 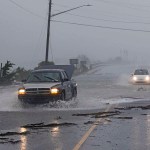 Hurricane Michael is coming. As what is predicted to be a catastrophic storms whips towards the Gulf Coast, we’re sharing all of the vital information you should know.

As Hurricane Michael approaches the Gulf Coast, it is now being deemed a category 2 storm. The whirlwind hurricane continues to pick up speed, and The National Weather Service in Tallahassee called Michael “potentially catastrophic.” As Michael nears landfall, we’re sharing all you need to know about the impending storm.

1. It threatens a vast majority of the Gulf Coast.

Hurricane Michael is threatening more than 300 miles of the Gulf Coast, prompting emergency declarations in more than 35 counties from Mobile, Alabama through the Florida Panhandle and into the state’s Big Bend region.

2.  The storm is predicted to hit land on Wednesday Oct. 10.

As of 5 a.m. ET on Oct. 9, Michael’s center was about 420 miles south of Panama City, Florida and 390 miles south of Apalachicola, Florida. On its current track, Michael will move across the eastern Gulf of Mexico throughout Tuesday and then move inland over the Panhandle or Big Bend area of Florida on Wednesday, according to the hurricane center.

3. Evacuations Are In Order As The Storm Approaches

Florida Governor Rick Scott declared a state of emergency for 35 counties and said he was seeking a federal disaster declaration from President Donald Trump, who promised full support for Florida’s efforts. Evacuations already had been ordered in parts of 10 counties, according to USA Today. More than 10,000 people were ordered out of Panama City Beach alone, effective at 6 a.m. Tuesday.

4. High winds, flooding, and potential tornadoes are expected due to the storm.

Michael is predicted to become a category 3 storm, marked by torrential rains and winds in excess of 110 miles per hour. The Florida Panhandle, southeast Alabama, and southern Georgia will see 4 to 8 inches of rain, with isolated areas facing up to 12 inches, the National Hurricane Center said. The governor has also warned that there is a “significant” chance of tornadoes.

5. Staying in the know is the key to safety.

Hurricane Michael could produce three life-threatening hazards along portions of the northeastern Gulf Coast. Residents in these areas should follow advice given by local officials, and keep tabs on live updates, which are available from CNN.