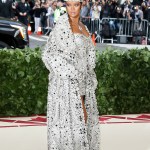 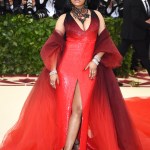 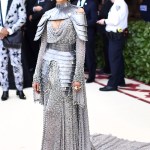 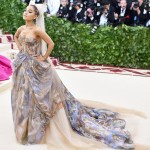 Talk about the holy trinity! Icons Lady Gaga, Harry Styles and Serena Williams will host the 2019 Met Gala. And find out next year’s unique theme!

Lady Gaga, 32, Harry Styles, 24, and Serena Williams, 37, will take over hosting duty at the 2019 Met Gala! An appropriate triumvirate, considering that next year’s theme is “Camp: Notes on Fashion,” based on the 1964 essay “Notes on ‘Camp'” by Susan Sontag, The New York Times reported. An exhibition going by the same name will be held at The Metropolitan Museum of Art Costume Institute from May 9 through Sept. 8, 2019. Expect flamboyant and experimental fits on the red carpet next May! “The essence of Camp is its love of the unnatural: of artifice and exaggeration,” the essay’s author wrote in the Partisan Review.

The Costume Institute’s curator in charge, Andrew Bolton, explained the choice in literary theme, which is following last year’s theme, “Heavenly Bodies: Fashion and the Catholic Imagination.” President Donald Trump was even name-dropped as a deciding factor! “We are going through an extreme camp moment, and it felt very relevant to the cultural conversation to look at what is often dismissed as empty frivolity but can be actually a very sophisticated and powerful political tool, especially for marginalized cultures,” Andrew told The New York Times. “Whether it’s pop camp, queer camp, high camp or political camp — Trump is a very camp figure — I think it’s very timely.”

And it’s the perfect theme for A Star Is Born actress Gaga, whose trademark is outrageous gowns — remember that one time she wore a meat dress at the 2010 MTV VMAs? And “Sign of the Times” singer Harry is just as rebellious with his wardrobe, who hasn’t been afraid to rock a glitter suit and cowboy boots. We’re especially excited that a renown athlete, Serena, will preside over the mic at one of the fashion industry’s most star-studded events! The three stars will succeed Rihanna and Amal Clooney, who were the hosts at last year’s gala.