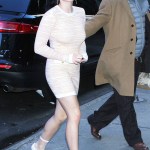 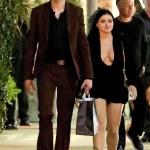 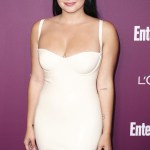 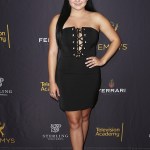 Ariel Winter has so much body confidence and she refuses to stop sharing revealing selfies, even though it gets her plenty of shamers. We’ve got details on why she hopes to inspire others with her racy figure flaunting.

Ever since getting a breast reduction in 2016 — going from a 32F to 34D — Ariel Winter has been all about flaunting her figure. She keeps pushing the envelope when it comes to racy and revealing photos and despite getting some hate over it, she’s not about to stop. “Ariel loves her body and never wants to feel shamed by it. She knows that what she does when she reveals her body is not everyone’s cup of tea, but she is going to do what she wants to do as she is confident with herself,” a source close to the 20-year-old actress tells HollywoodLife.com EXCLUSIVELY.

“She feels that if she is open with her body that others will be more open with their bodies. She doesn’t want anyone to be shamed, so she is just trying to make a point that it is OK to be proud of you and your body,”  the insider adds. Ariel has taken plenty of heat for wearing super skimpy booty shorts, flaunting plenty of cleavage and doing all she can to show off her skin. Even in magazine spreads she makes sure to wear outfits that are incredibly revealing.

“Ariel is more confident than ever after years of dealing with a difficult mother that would constantly make her feel uncomfortable. Her mom would fix her clothes in public, at events, and make comments to Ariel about her appearance, which was very difficult for the young actress. But as Ariel matured and grew into her own and moved away from her mom, she has learned a new level of confidence and security,” a second source tells us EXCLUSIVELY.

“She really loves her body now. Ariel now goes out to events in Hollywood and dresses in whatever she wants and her co-stars always tell her how great she looks, which feels amazing. She’s extremely comfortable in her own skin,” the insider adds. The Modern Family star just shared an Instagram pic on Oct. 7 from her new Composure magazine shoot, where she wore a cleavage baring purple bodysuit that plunged practically to her waist. Ariel appropriately captioned it, “Never been timid.” Yep, she proves that constantly.