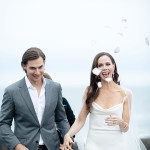 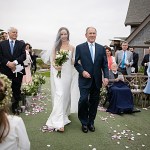 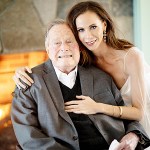 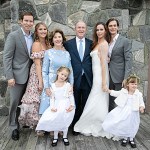 It’s time to pop champagne and celebrate, because Barbara Bush is married! The former first daughter tied the knot with Craig Coyne in a private ceremony, so get to know about her new hubby.

After less than a year of dating and only five weeks of being engaged, Barbara Bush, 36, the daughter of former President George W. Bush, 72, and former First Lady Laura Bush, 71, married Craig Coyne, 37, on Oct. 7. Only twenty family members witnessed this private, intimate ceremony that took place at the Bush family compound in Kennebunkport, Maine. As everyone celebrates this “presidential” wedding, get to know a little more about Barbara’s new husband.

1. You may have seen him in a few movies. “Craig got his first taste of the entertainment industry when cast by Sam Mendes in Jarhead,” his profile on his agent’s website reads. He also had a handful of roles in other films, like I Hope They Serve Beer in Hell and Look at Me. He also starred in Lonelygirl15, the highly popular web series.

2. …but he’s a writer at heart. “Since shifting his focus to writing, Craig has sold to and developed Doin’ Good, a live action half hour, at Comedy Central with the Workaholics team, Avalon Entertainment, attached to produce,” his profile reads. He also worked on Ask Play, an original series featuring Parks and Rec’s Jim O’Heir. He also worked on a play, “Delusions of Grammar.”

3. Craig has dabbled in politics — sorta. Considering that Craig married into a family with two living United States presidents, it makes sense that he would have some politics in his background. Craig, according to this bio, serves “as a Page in the U.S. House of Representatives.” The equivalent of high school internship, Pages for the house were responsible for a lot of supplemental administrative work. The House Page program ended in 2011, thanks to technological advancements making the system obsolete, so Craig can boast he was one of the last few Pages.

4. He and Jenna were set up on a blind date. This sudden, surprise nature of Barbara and Craig’s wedding seems very on-point, considering the two…haven’t been dating for that long. Friends set up these two on a blind date in November 2017, according to PEOPLE. Clearly, the two felt sparks, because by New Year’s Eve, they were committed as a couple. They overcame the distance – she was living in New York City while he was out in Los Angeles – to make their relationship work.

“I ended with a letter that my grandfather wrote to my grandmother…He was sitting right next to me as I read it.” @jennabushhager talks about the toast she gave at her sister’s wedding pic.twitter.com/lZKoZX3p9M

.@jennabushhager says that her sister’s “something borrowed” was a bracelet that their grandfather gave to their grandmother on their 70th wedding anniversary pic.twitter.com/Ft1Bav48sK

“It’s just been a very sweet romance,” Barbara told PEOPLE. “And we’ve been long-distance for most of it — he’s been in LA and I’ve been in New York — but we’ve gotten to spend a lot of time together.” They won’t have to worry about the distance anymore, as Craig has since moved to NYC.

5. He proposed to her in a very special place. Their marriage wrapped up a wild, five-week engagement, which started all the way up at Kennebunkport, Maine. During a gathering at the Bush family compound, Craig and Barbara took a walk along the Oceanside rocks. Suddenly, he dropped down to one knee, proposing to Barbara on the very same spot where Barbara’s grandparents – George H. W. Bush, 94, and the late Barbara Bush – got engaged, nearly 75 years earlier.